Azerbaijani President Ilham Aliyev has received the head of the Republic of Dagestan, Ramazan Abdulatipov, in Baku. His visit is connected with the Days of Culture of Dagestan in Azerbaijan, which will be held on May 12-13.

Opening the meeting, the head of state expressed appreciation to Ramazan Abdulatipov on behalf of the Azerbaijani people for the respect for a public and political figure Aziz Aliyev.

"Today the Days of Culture of Dagestan  in Azerbaijan will be opened, it is a momentous day in our country. This friendship plays an important role in the development of bilateral relations, which are assessed as strategic by our state. There are positive developments in Dagestan, the republic is developing. We congratulate you to those developments which you have in Dagestan,"  the head of Azerbaijan concluded.

Ramazan Abdulatipov thanked for the warm reception and expressed satisfaction with the level of relationships between the two brotherly regions.

He also mentioned that the fact that a statue of outstanding statesman Aziz Aliyev has been unveiled in the Republic of Dagestan means a lot for Azerbaijan. 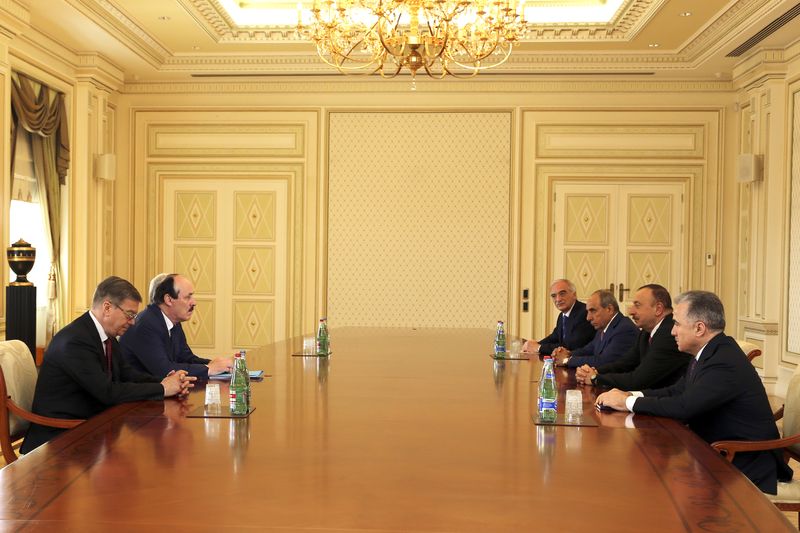