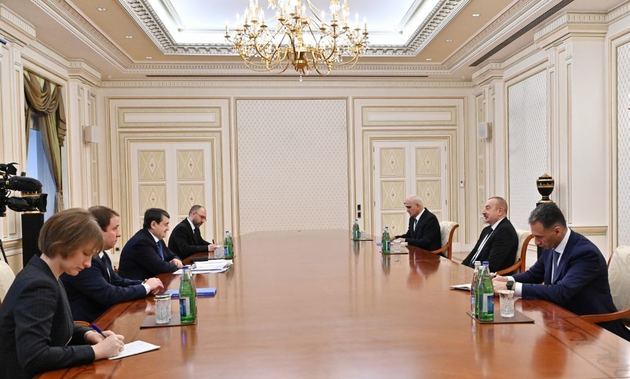 Igor Levitin conveyed the greetings of President of the Russian Federation Vladimir Putin to the head of state.

President Ilham Aliyev expressed his gratitude for the greetings, and asked Igor Levitin to convey his greetings to the Russian President.

The sides hailed the development of Azerbaijan-Russia bilateral ties, including economic relations, and stressed the importance of joint works implemented in the fields of transport and infrastructure.

During the conversation, they discussed the issues of expansion of the opportunities of transport, transit and logistics, including the North-South transport corridor on bilateral and regional format, as well as the Zangazur corridor.