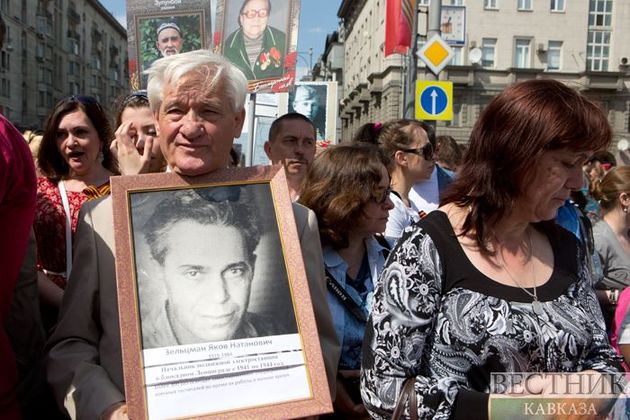 "We have stopped receiving applications for the participation in the Immortal Regiment online march. Around 2.5 new applications were added to the last year’s more than 2.5 million participants," it said.

Online marches started in the Russian regions at 15:00 local time. According to the organizers, applications filed before 10:00 a.m. on May 7 and approved by moderators were broadcast on Victory Day, May 9. "The duration of the march differs in different regions, depending on the number of applications," TASS cited the press service as saying.

In Moscow, the online march was broadcast on around 300 urban screens in Moscow, as well as on the Ostankino TV Tower, in metro and in a number of shopping malls. In regions, it was broadcast on local television.

Applications filed on May 7 and 8 will be broadcast on the march’s online resources on May 10, and applications lodged on May 9 could be seen on May 11.

It is planned to hold an Immortal Regiment march in a traditional offline format on June 24, 2021, the day when the first Victory Parade took place in Moscow 76 years ago.