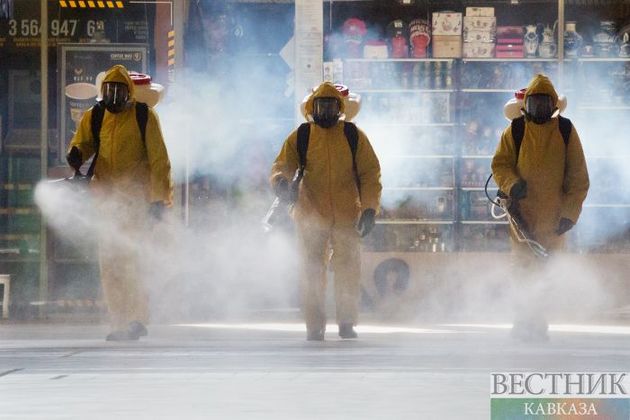 Israel imposed its third lockdown on Sunday as Prime Minister Benjamin Netanyahu voiced optimism that a "world record" vaccination drive will restore a degree of normality within weeks.

After a sharp rebound in detected infections, Netanyahu's government announced three days ago that it would re-impose the strict measures that had previously helped limit transmission.

From 5:00pm (15:00 GMT) on Sunday, most people are forced to stay within 1,000 metres of their home. There are a range of exceptions, including seeking medical care, attending legal proceedings or exercising.

Instead of near total closures, Israel is keeping schools open for children under six, as well as grades one to four and teenagers finishing secondary school in grades 11 and 12.

Israel's National Council for the Child criticised the decision to close grades five through 10.

"The decision to ignore this age bracket means the abandonment of hundreds of thousands of children, only because in theory they can be left at home alone while (their parents) go to work," NCC head Vered Windman was cited as saying by the Ma'ariv newspaper. "But this is precisely the age group that is at a higher risk of developing emotional difficulties, fears and isolation."

Speaking late Saturday following Shabbat, Netanyahu said Israel was hoping to vaccinate a quarter of its population, or roughly 2.25 million people, against coronavirus within a month.

He said he had spoken with the heads of the companies making vaccines who had voiced confidence that the requisite number of doses could be provided.

Israel's vaccination targets are of "such a magnitude (they amount to) a world record" pace, the prime minister said.

Netanyahu was the first Israeli to receive a Covid-19 jab on December 19, ahead of the launch last week of a nationwide innoculation programme.

The PM has political incentives to push an accelerated vaccination campaign.

The fraught coalition government that he formed in May with his former election rival and current defence minister, Benny Gantz, collapsed last week, triggering elections in March - Israel's fourth vote in two years.

Netanyahu's election campaign could be hindered by the start of a more intensified phase of his long-awaited corruption trial and the departure of his staunch ally US President Donald Trump from the White House.

Political analysts have said that Netanyahu is hoping a rapid vaccination drive will put Israel's pandemic-wracked economy on a path to recovery before election day, AFP reported.