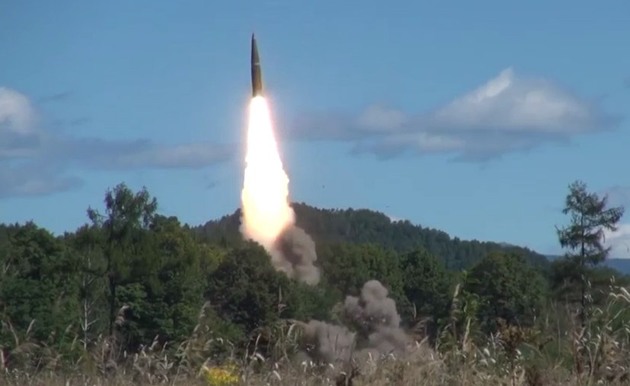 Israeli aircraft struck a series of targets in the Gaza Strip early Monday in response to rocket launches out of the Hamas-ruled territory. It was the third consecutive night of fighting between the two sides, even as Israel’s foreign minister sought to dangle incentives for calm, AP reports.

Tensions have risen after last week’s escape from an Israeli prison by six Palestinian inmates, as well as struggling efforts by Egypt to broker a long-term cease-fire in the wake of an 11-day war last May.

The Israeli military reported three separate rocket launches late Sunday and early Monday, saying at least two of them were intercepted by its rocket defenses. In response, it said it attacked a number of Hamas targets. There were no reports of casualties on either side.

Israeli Foreign Minister Yair Lapid on Sunday called for a new approach to end the cycle of fighting with Hamas, describing a plan of international investment in Gaza’s infrastructure in exchange for pressure on Hamas to halt its military buildup and preserve calm.

“The policy Israel has pursued up until now hasn’t substantially changed the situation,” Lapid said during a speech at Reichman University, north of Tel Aviv.