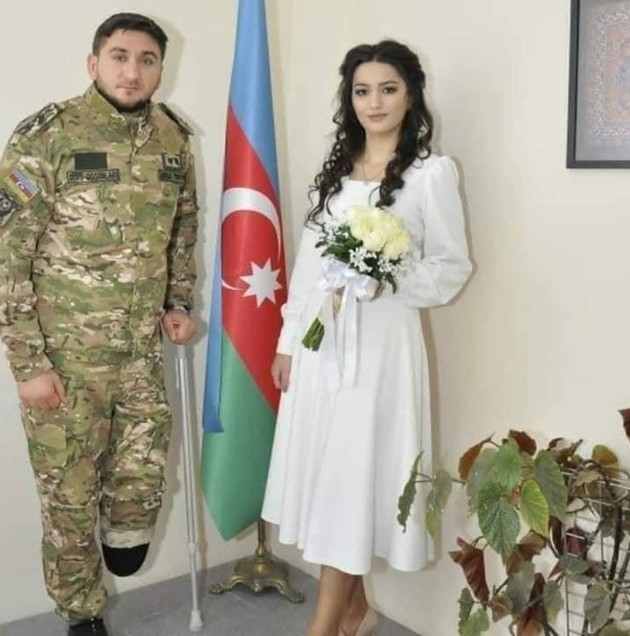 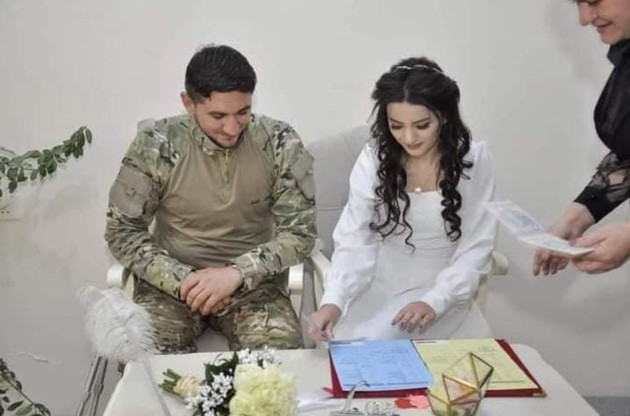 After returning from the front and recovering from a serious injury, on January 7, the Karabakh war participant, Lieutenant Abbas Yusifov married his beloved one.

Abbas Yusifov is a native of the Aslanbeyli village of the Gazakh region of Azerbaijan. He married a girl from the same village.

The couple met in 2017 and got engaged in 2019. When the war began, Yusifov went to the front, participated in battles in the direction of Sugovushan and Talysh. On September 30, his leg was blown off by the blast wave produced by an anti-personnel mine.