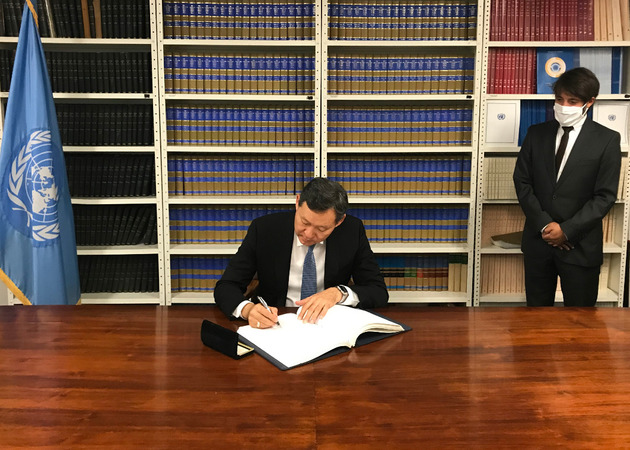 The Permanent Representative of Kazakhstan to the UN Kairat Umarov signed the Second Optional Protocol to the International Covenant on Civil and Political Rights, aiming at the abolition of the death penalty, the Kazakh Foreign Ministry said.

The use of the death penalty in Kazakhstan was completely suspended by the Decree of the President of Kazakhstan on the introduction of a corresponding moratorium in 2003.

Peskov: we worried over political turbulence in neighboring countries