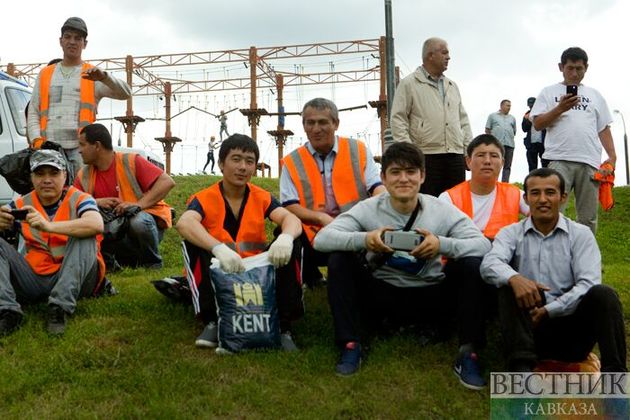 The number of migrants in Russia has dropped significantly over the past year, and now their number is not even enough to implement ambitious projects, Kremlin spokesman Dmitry Peskov said.

When asked whether the Kremlin records the growth of Russians' discontent with migrants and whether they consider it a potential threat to the country's security, Peskov said:

"To be honest, I am not familiar with the records of any sociological research on the attitude of Russians towards migrants, so I cannot comment on it and I will not do it," TASS cited him as saying.

"I can only speak about the real state of things, which suggests that, in fact, we have very few migrants left over the past year. And we really, very much lack these migrants to implement our ambitious plans," the Kremlin spokesman stressed.