Kremlin not plan meeting between Putin, Aliyev and Pashinyan 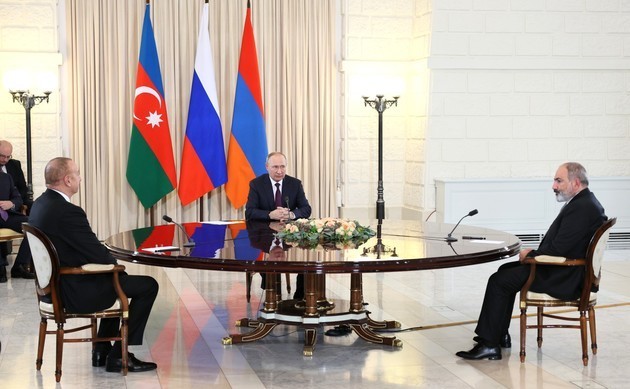 "Not in the near future" Vladimir Putin's spokesman said, answering a question, RIA Novosti writes.

At the same time, he stressed that Moscow continues to work on the speedy normalization of relations between Baku and Yerevan.

"Russia constantly notes the continuation of its work to assist the two states in signing a peace treaty", Peskov said.

Mishustin: agreements reached by Russian, Armenian and Azerbaijani leaders should be implemented

Baku: Armenia declines all proposals to come to negotiating table