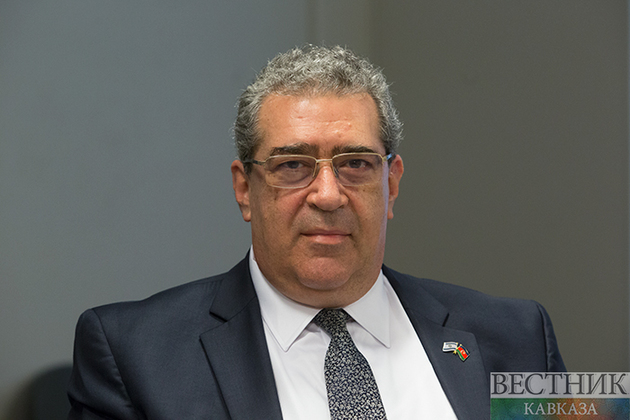 Today, the Republic of Azerbaijan and the State of Israel are celebrating the 30th anniversary of the establishment of diplomatic relations. This event took place on April 7, 1992, 3.5 months after Israel recognized the independence of Azerbaijan. Vestnik Kavkaza talked to Lev Spivak, President of the Israel-Azerbaijan International Association "AzIs",  about the path the two states have come over the years.

"I think this path is not so easy to measure. Because in those days, more than 30 years ago, when Israel recognized the independence of Azerbaijan and then opened an embassy in Baku, few people in our country understood what the Republic of Azerbaijan was, with the exception of 2-3 politicians. In the first years of Azerbaijani sovereignty, bilateral relations developed only at the intergovernmental level and did not go beyond interstate contracts and agreements", Lev Spivak said first of all.

"It is not without reason that this year is not only 30 years of interstate relations, but also 15 years of the existence of our "AzIs" organization. The anniversary will be on April 12. In this regard, we are preparing a number of events that will be held in Azerbaijan starting next week, together with the Academy of Music of the Republic of Azerbaijan, our embassy and the Minister of Diaspora of Azerbaijan", the president of AzIs said.

"Thus, over the years, relations between Azerbaijan and Israel have become closer and closer. Today it is no secret to anyone that they include both close military cooperation and close cooperation in the oil and gas business. I can say that one very serious joint Azerbaijan-Israel-Turkey project is expected. Literally within a few months we will witness its announcement, it was not for nothing that the President of Israel went to Turkey after so many years of cold relations", Lev Spivak announced.

"It should be noted that the President of Azerbaijan Ilham Aliyev helps Israel in its international policy in terms of building relations with other states very much. If at the beginning of the formation of Azerbaijan, Israel helped it, today it is not a question of unilateral assistance, but of mutually beneficial partnership and mutual assistance at all levels and in all areas, which, of course, can not but please", he concluded.