Marukyan: no consensus reached on early elections in Armenia yet 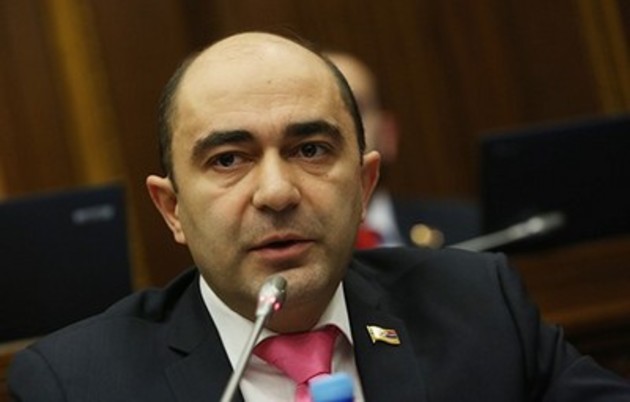 No consensus has been reached on any issue, related to holding snap parliamentary polls, leader of the opposition parliament-represented Bright Armenia party Edmon Marukyan told journalists after a meeting today with Prime Minister Nikol Pashinyan.

According to Marukyan, the Prosperous Armenia party leader Gagik Tsarukyan should also meet with Pashinyan, "since the processes cannot proceed only taking into account the position of Bright Armenia".

"When they meet or when the Prosperous Armenia clarifies its position, new negotiations will be held. At the moment, we have not reached consensus on any issue, but there is an understanding of what we must say and look for ways out of the current situation," Marukyan said.

Marukyan said he was deeply concerned with the ongoing standoff between the top army brass and the government.

"Elections are the most fundamental issue that solves the problem, because if early parliamentary elections are not held, we will not be able to get out of this crisis. I do not see any other way out of this situation," ARKA cited him as saying.