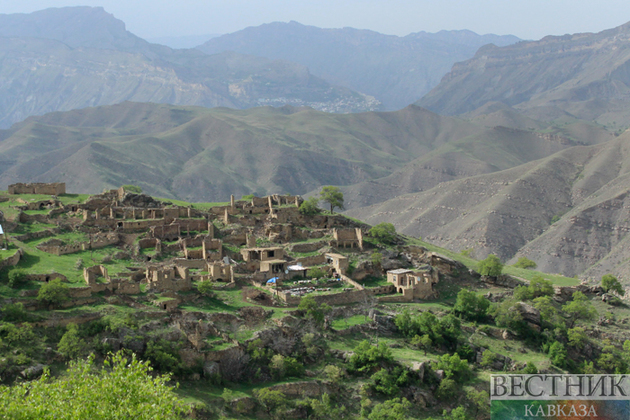 The announcement of 2022 as the Year of Cultural Heritage of Peoples of Russia for the Caucasus, which is famous for its unique ethnic diversity and rich cultural traditions, is a particularly relevant decision made by the leadership of our country. This timely decree will allow us to expect increased attention to this topic, Murad Ustarov, the Vestnik Kavkaza analyst, said today on the air of the Natsvopros program on Vesti.FM.

"Despite the fact that in a number of subjects of the North Caucasus Federal District the plan for celebrating the Year of Cultural Heritage is still being adjusted, some regions have already launched events that are held under the auspices of the current year. Thus, the Stavropol Folk Art House has already announced the holding of masterclasses, fairs, festivals, exhibitions, concerts, that would take into account the cultural characteristics of each ethnic group," the Vestnik Kavkaza analyst said.

The expert recalled that the Year of the Cultural Heritage of the Peoples of Russia coincided with the celebration of the centenary of four republics - Karachay-Cherkessia, Kabardino-Balkaria, Adygea and the Chechen Republic. “Already in April, the KBR will hold Days of the republic in the Federation Council, and Moscow is also planning to celebrate the 100th anniversary of the three republics. Similar events will be held in the Stavropol Territory and the centres of the three regions. As for Chechnya, over 500 events will be held in honour of the 100th anniversary of the republic, including the Days of Culture in the constituent entities of Russia and outside the country. I think that all celebrations will be held within the framework of the anniversary date and Cultural Heritage Year,” the analyst said on Vesti.FM.

“As for Dagestan, this year, the republic will celebrate the 85th anniversary of the Folk Art House. And in honour of these events, the 20th traditional festival of folklore and traditional culture “Highlanders” will be held in summer. The celebration of the Year of Cultural Heritage will, of course, affect Derbent, where, on June 30, a traditional culture festival "Derbent - the Crossroads of Civilizations" will be held. On October 21, Makhachkala will host the Living Traditions forum-festival of culture and traditions of the indigenous peoples of the South of Russia in Dagestan. Scientists and cultural figures, folklore groups of indigenous peoples, ensembles, masters of folk crafts from regions and cities of the South of the country will participate in the event,” Murad Ustarov said.

“I would like to emphasize that, despite the situation in the country, the regions of the North Caucasus Federal District will hold all the planned events at the highest level, the program itself will certainly be extensive. And the authorities of the region are confident that both local residents and guests of the North Caucasus will contribute to the celebration of the Cultural Heritage Year," the analyst for Vestnik Kavkaza said.

Murad Ustarov on Vesti.FM: Dagestanis have repeatedly confirmed their loyalty to Russia