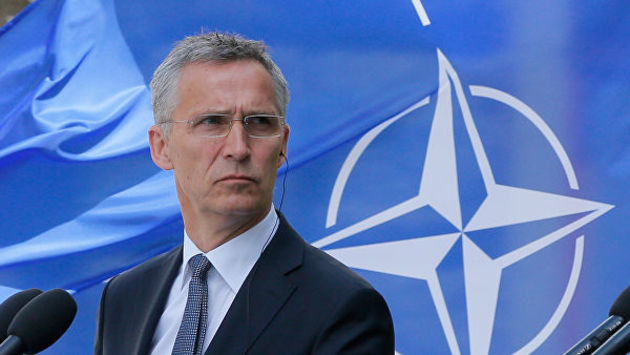 NATO Secretary-General Jens Stoltenberg said that the military alliance would investigate an incident between Turkish warships and a French naval vessel in the Mediterranean, as France accused Turkey of repeated violations of the U.N. arms embargo on conflict-torn Libya and branded Ankara an obstacle to securing a cease-fire there.

According to a French defense official, the frigate Courbet was “lit up” three times by Turkish naval targeting radar when it tried to approach a Turkish civilian ship suspected of involvement in arms trafficking. The ship was being escorted by three Turkish warships. The Courbet backed off after being targeted.

The French frigate was part of NATO's naval operation in the Mediterranean, Sea Guardian, at the time of the June 10 incident. France claims that under the alliance's rules of engagement such conduct is considered a hostile act. Turkey has denied harassing the Courbet.

"We have made sure that NATO military authorities are investigating the incident to bring full clarity into what happened," Stoltenberg told reporters after chairing a video meeting between NATO defense ministers, where he said the issue was addressed by several participants.

"I think that’s the best way now to deal with that, clarify what actually happened," The AP cited him as saying.

In a statement prior to the NATO meeting, the French foreign ministry took aim at Ankara, saying that "the main obstacle to the establishment of peace and stability in Libya today lies in the systematic violation of the U.N. arms embargo, in particular by Turkey, despite the commitments made in Berlin" talks early this year.

The European Union has a naval operation in the Mediterranean aimed helping to enforce the embargo, but Turkey, a NATO member whose efforts to join the EU have stalled, suspects that it is too one-sided, focusing on the internationally recognized Libyan administration in Tripoli, which Turkey supports.

Asked whether the 30 members of the military alliance should respect the arms embargo, Stoltenberg said that “NATO of course supports the implementation of U.N. decisions, including U.N. arms embargoes."