NI: Ukraine can't match up to these 5 Russian weapons systems 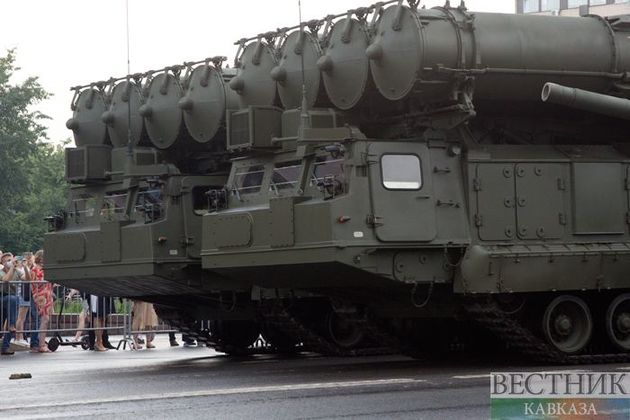 Advanced S-400 air defense missiles, modernized main battle tanks, and a powerful air force are all weapons at Moscow's disposal. Here are five of the notable weapons that Russia could employ in a major conventional war with Ukraine, the National Interest reporter Mark Episkopos writes.

"The S-400 air-defense systems can hit any aerial targets in the central part of Ukraine. All this is a serious threat for us," National Interest cited Secretary of the National Security and Defense Council of Ukraine Oleksandr Turchynov. Equipped with a powerful radar suite and diverse array of missiles, the S-400 can target manned aircraft, drones, cruise missiles, and ballistic missiles at a range of up to 400 km.

Kiev’s small, backward, and partly decrepit roster of MiG-29, Su-24, Su-25, and Su-27 fighters cannot successfully contest Ukrainian airspace in a major conventional war with Russia. Not only will they be unable to operate effectively in light of Russian air defenses, but they are vastly outmatched by Russia’s qualitatively and quantitatively superior air force. Advanced Russian fighters, including the formidable Su-35S, handily outperform Ukrainian military aircraft and are capable of staging devastating precision ground strikes against key Ukrainian military and political infrastructure with a wide array of air-to-surface missiles.

Not only do Russia’s Ground Forces operate the world’s largest tank army at 13,000 units, but its latest MBTs offer a slew of modern upgrades that make them a force to be reckoned with. Ukraine’s T-84 Oplot-M MBT is a formidable machine in its own right, but likely has not been produced in sufficient quantities to effectively resist Russia’s capable T-90A tank and its modernized T-90M variant.