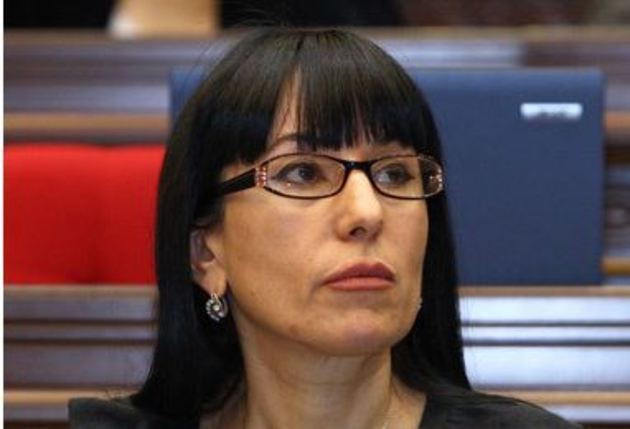 Modern Armenia cannot be called a truly democratic country, and its population should not trust overseas guests who come to Yerevan to praise the ruling regime of Nikol Pashinyan as an example of democracy. Naira Zohrabyan, a member of the opposition Prosperous Armenia Party, said this in an interview with a Vestnik Kavkaza correspondent today, speaking about the visit of the Speaker of the US House of Representatives Nancy Pelosi to Armenia.

First of all, she agreed with the today's statement of the former Ombudsman of Armenia Arman Tatoyan that the republic has a special kind of dictatorship instead of democracy. "Armenia is a total dictatorship of the parliamentary majority. What the parliamentary majority of the Civil Contract party is doing now, I don’t even know in which dictatorial country this is possible in the 21st century. I call the electorate that Nikol Pashinyan relies on the biggest and the most dangerous sect of Armenia", she said first of all.

"Even the most dangerous sects are not as harmful to the national security of Armenia as the followers of Nikol Pashinyan. There are no more than 10-15% of the population left in the country, but since these folllowers are always on the first line, they make a lot of noise, and it seems that they are the majority. So far they've managed to overshadow the voices of adequate people. As you know, with the mediation of Russia, 95 corpses of our soldiers were transferred to Armenia today. What does it mean? That every minute of Nikol Pashinyan's power is death and destruction for Armenia", Naira Zohrabyan stressed.

"Nikol Pashinyan has now started a very dangerous game with anti-Russian sentiments in society. Such sentiments are provoked by the authorities themselves, without even understanding where it all will lead. Unfortunately, the West applauds the dictator. They consider him their person", the opposition politician drew attention.

However, for the West, Armenia is not a subject of international relations, but an instrument of geopolitics. In the course of events like Nancy Pelosi's visit to Yerevan, this is revealed especially clearly. "Armenia needs to balance its policy. I am not against the West, not against European structures, I was the chairperson of the European Integration Commission for 15 years when I worked in the Council of Europe. But if Nancy Pelosi says directly that Armenia can become a center of democracy in the region, and hints that  we need to be against Russia and Iran, everything becomes clear immediately", Naira Zohrabyan explained.

"Nancy Pelosi's visit is aimed at continuing the American confrontation with Russia. The United States has already got Ukraine and Georgia in this political soup, now they want to do it with Armenia. We should not expect any help from Washington. Nancy Pelosi made no promises, she only said a lot of beautiful words. She came because there would be elections to the Congress in November, and the Democrats really need the American Armenian diaspora's votes", the representative of Prosperous Armenia concluded

The geopolitics of railways in South Caucasus

CBS: USA uninterested in playing the role of arbiter in Nagorno-Karabakh conflict

Russia, Iran Expand Military Cooperation Against US and Europe in Gulf