Naryshkin: Russia has no belligerent designs against Ukraine 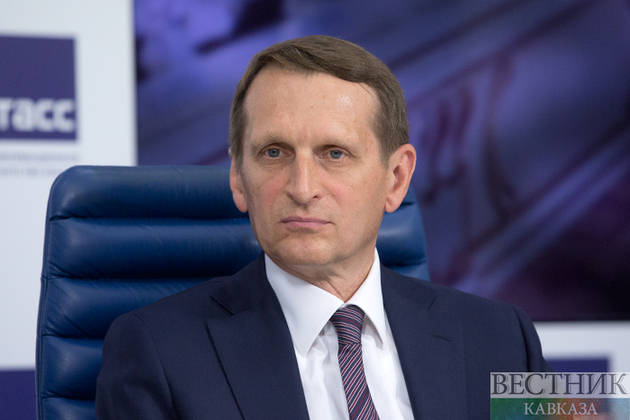 Moscow is not planning to carry out any belligerent actions against Ukraine, Director of Russia’s Foreign Intelligence Service (SVR) Sergey Naryshkin told the Rossiya-24 TV channel on Thursday.

"Russia has never had any aggressive plans towards Ukraine," he pointed out.

According to Naryshkin, "a dangerous lie" about Russia’s plans to ‘invade Ukraine’ started spreading from "the other side of the Atlantic" and was later picked up by European media outlets.

An armed conflict between the Kiev regime and Donbass poses the biggest threat to Ukraine, the SVR chief said, adding that the only way to resolve the conflict was through diplomatic means, particularly through implementing the Minsk Accords.

The West and Kiev have recently been echoing allegations about Russia’s potential invasion of Ukraine. Kremlin Spokesman Dmitry Peskov castigated these claims as "empty and unfounded", serving as a ploy to escalate tensions, pointing out that Russia did not pose any threat whatsoever to anyone. However, Peskov did not rule out the possibility of provocations aimed at justifying such claims and warned that attempts to use military force to resolve the crisis in southeastern Ukraine would have serious consequences.