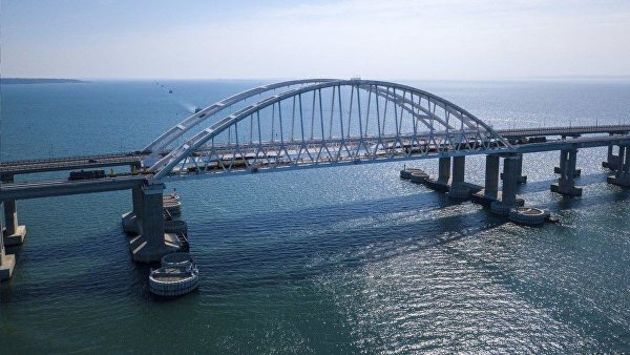 "The facilities of the Kerch transport link are today comprehensively protected on the ground, from the air and from the water and under the water," TASS cited him as saying.

"The waters adjacent to this major transport artery are patrolled by National Guard boats while our combat swimmers inspect the bridge supports underwater. This is hard work and huge responsibility," the National Guard chief said.

Grachonok-class anti-saboteur boats have been accepted for service in Russia’s National Guard to ensure the security of facilities in the Kerch Strait, Zolotov said.

A National Guard special operations brigade is working in close interaction with Russia’s Defense and Interior ministries, the Federal Security Service (FSB) and the Transport and Energy ministries. Since last year, the grouping has been operating in full under the general command of the Joint Coordination Center, the National Guard chief said.