A National Day has been organized at Azerbaijan's pavilion at the Milan Expo 2015 international exhibition, as part of which an official presentation ceremony of the pavilion was held. 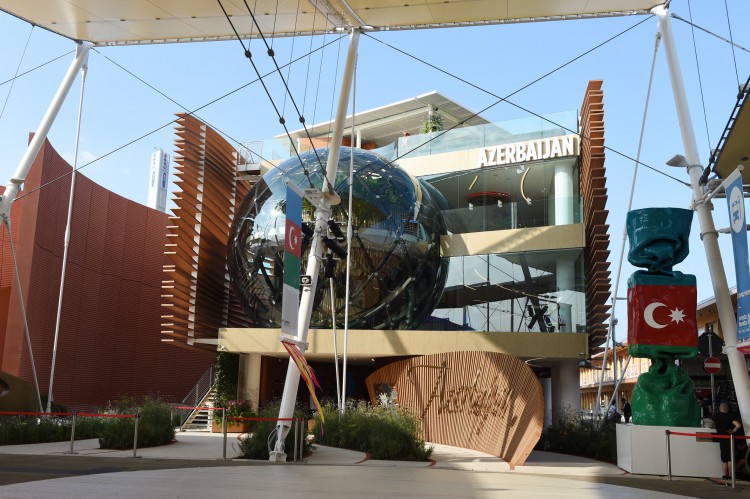 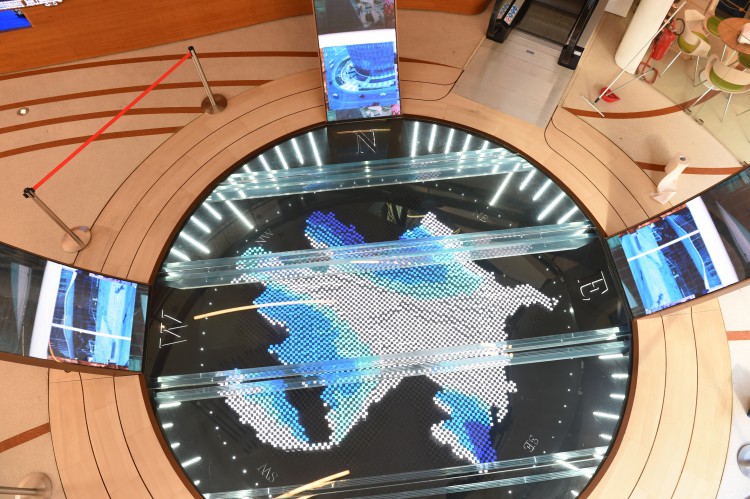 A direct connection with Baku, named 'Mirroring Baku', was created in the national pavilion of Azerbaijan. At the entrance to the national pavilion a mirror-shaped monitor with the dimension of a human being was installed. Such a monitor is also installed in Baku in front of the Heydar Aliyev Center. Visitors to the pavilion can stand in front of the monitor, see what's happening in Baku and speak to the people. The 'Mirroring Baku' project creates conditions for thousands of participants of the exhibition to have a connection with Baku. 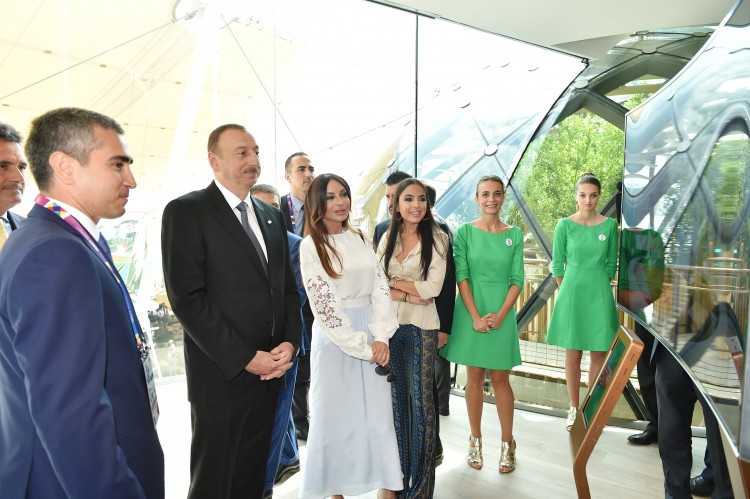 The 3 biospheres are embodying Azerbaijan, which is always able to keep and protect its environment and ancient culture in a harmony. The wavy wooden walls of the pavilion are a symbol of a wind, specific for Azerbaijan and a cultural and creative stream, which always circulates here.

The 3 biospheres are embodying Azerbaijan, which is always able to preserve and protect its environment and ancient culture in harmony. The wavy wooden walls of the pavilion are a symbol of a wind specific to Azerbaijan, and the cultural and creative stream which always circulates here.

The biosphere 'Crossroad of Cultures' takes the visitors to very important historic and cultural places of the country. The second biosphere – 'Biodiversity' – is dedicated to the country's natural biodiversity and cultural heritage. The construction in the center of the biosphere embodies a tree of pomegranate, which is a symbol of the richness of Azerbaijan. The next biosphere is called 'Innovation and Tradition'. There is a figure of a tree, the roots of which are directed to the sky. This symbolically demonstrates the loyalty of the Azerbaijani people to traditions, and at the same time, that it is an innovative country, directed to the future. 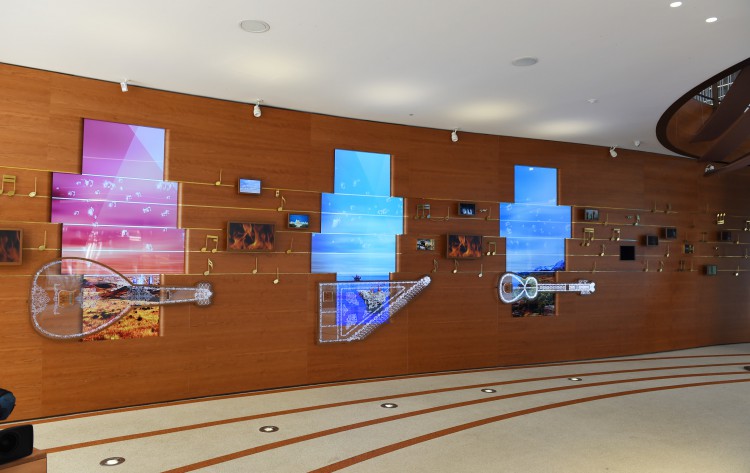 There is a restaurant on the terrace, which presents national cuisine and different concert programs.

IDEA, Biodiversity Park, created in the yard of the national pavilion, features information about the activity of IDEA – International Dialogue for Environmental Action, various environmental projects and programs of entertainment. The internal design of the pavilion reflects the work done in Azerbaijan towards protecting biodiversity and solving ecological problems, providing and protecting restoration of national natural resources, implementing local and international ecological projects.

Various scenarios were prepared up to now for shooting short films in the directions mentioned. The scenarios as usual cover food, agriculture, ecological resources, natural landscape, social development, export and infrastructure, culture, art, protection of environment and actions to stop spreading genetically modified foods. These videos will be presented in Azerbaijan's pavilion until the end of the exhibition, and will provide visitors with a visual presentation about the country, Trend reports.

During the preparation of the Milan Expo 2015, photos and videos of the rich biodiversity existing in Azerbaijan's various regions, rare landscapes, natural resources and historic monuments in different regions were taken and shot. With this purpose, a number of visits to Baku, Ganja, Nakhchivan, Lankaran, Yardimli, Shamkir, Shaki, Gabala, Shabran, Guba, Khizi, Siyazan, Shirvan, Absheron and other cities and regions were organized in April, 2014. 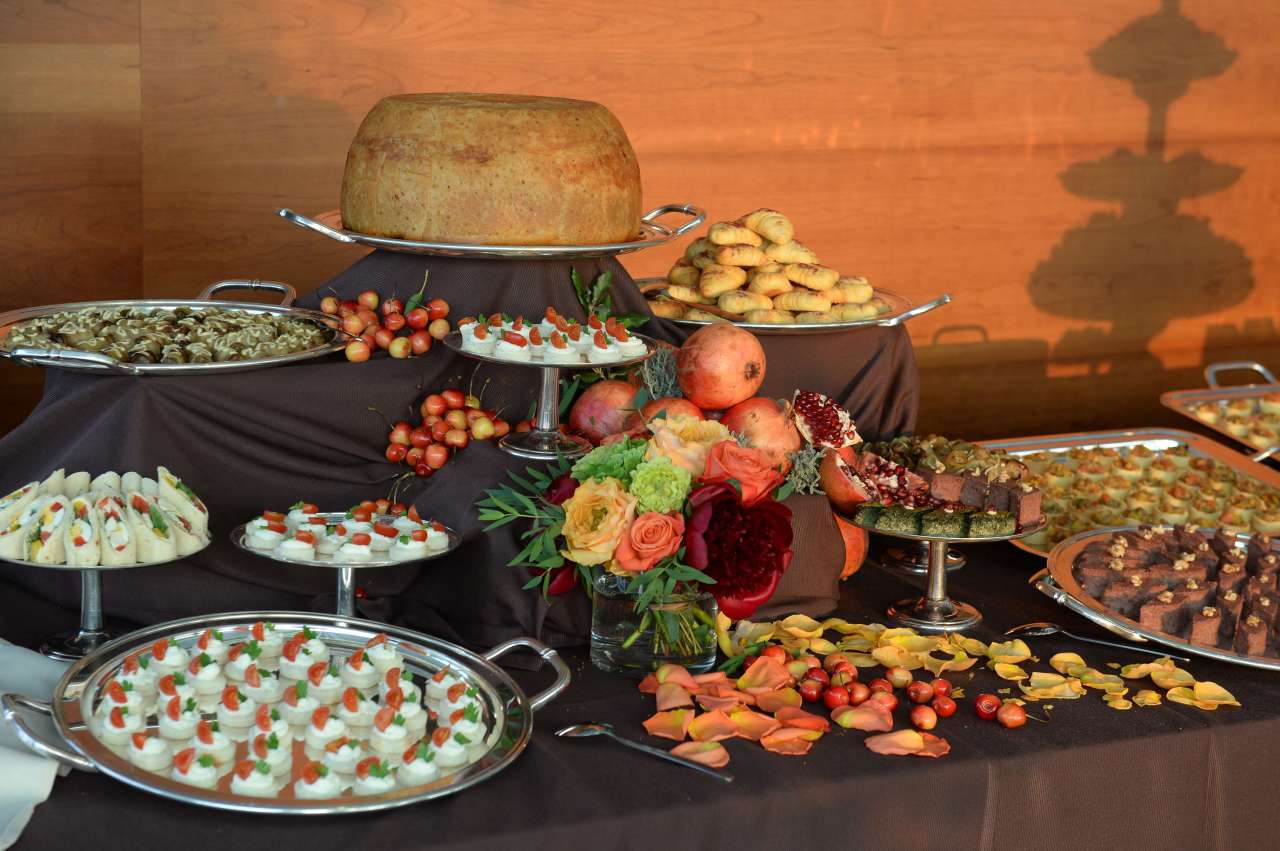 The foreign press and leading Italian media hailed Azerbaijan as a leader for finishing the construction and design work of the pavilion. Official delegations of various countries and the leadership of the exhibition noted that the design of Azerbaijan's pavilion was much different from others, and was suitable for the chosen theme.

The Milan Expo 2015 international exhibition has been under way since May 1. This year`s exhibition, which is being organized under motto 'Feeding the Planet, Energy for Life' brings together 145 countries. Only 54 of them, including Azerbaijan, are being represented by national pavilions. Other countries just have stands. The exhibition will end on October 31. 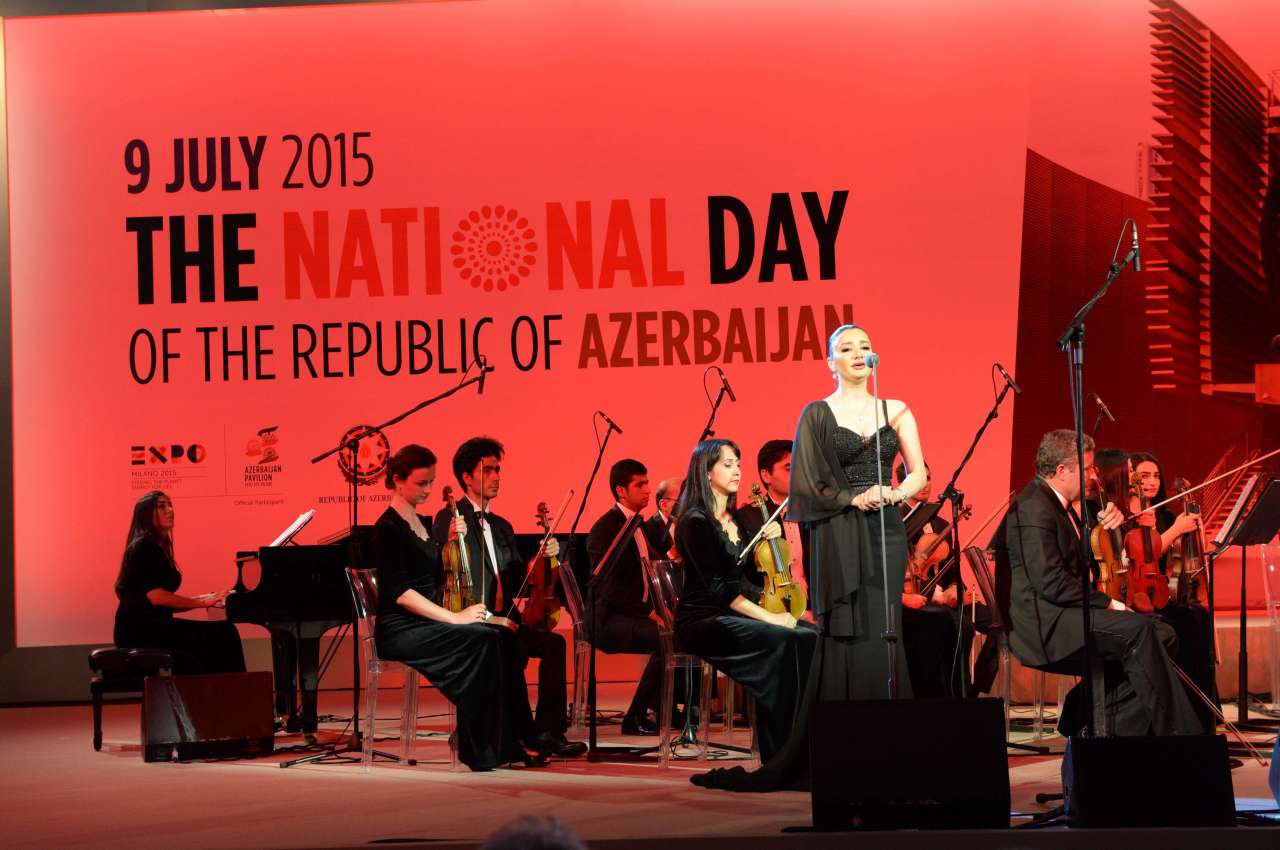