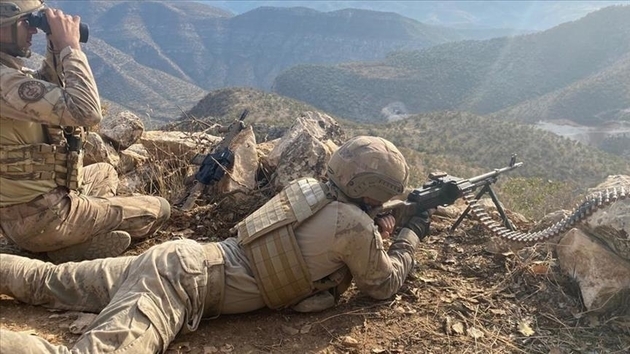 According to a statement released by the Interior Ministry, Operation Eren Blockade Fall-Winter 15 Martyr Gendarmerie Lt. Fatih Berkay Akgün aims to remove the PKK from the country's agenda and eliminate the terrorists believed to be sheltering in the region.

According to the statement, eight caves and two shelters belonging to terrorists were identified during the land surveying activities in the Gabar Mountain region on the first day of the operation and were destroyed.