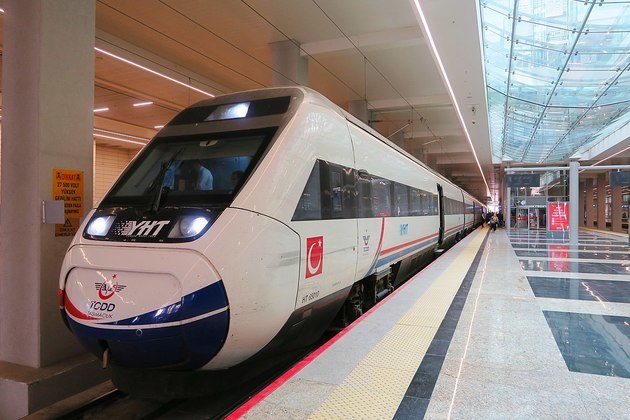 The Turkish government has given the green light to a high-speed train line that will reduce the journey between Ankara and Istanbul to 80 minutes in the near future.

It has been reported that the Ministry of Transport has started feasibility studies for the line and once they are complete, the route it will take, the method by which it will be made and when the foundation will be laid will be revealed.

The High Speed ​​​​Train running between Ankara and Istanbul currently has a maximum speed of 250 kph but this will be increased to 350 kph with the new line, making it faster than a plane. Thus, the journey time between the two cities, which is currently about five hours, will be reduced to 80 minutes. With such a reduction in travel time, taking the high-speed train will be more advantageous than even air travel.

It is estimated that around 70 tunnels and 40 viaducts will be built within the scope of this project. Once the work on the line is completed, it will be able to carry 240,000 passengers a day and 88 million passengers a year.