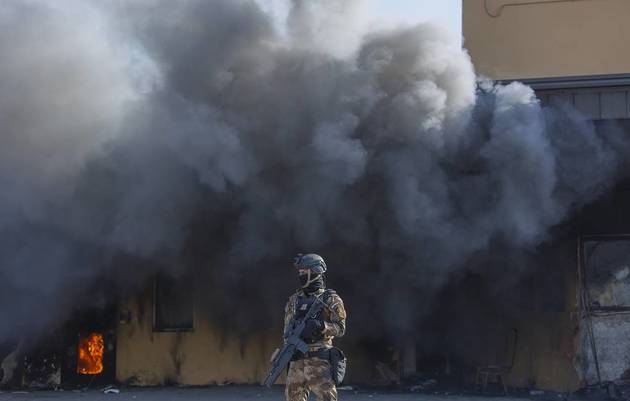 The number of people killed in a terrorist attack in the center of Baghdad on Thursday has risen to 35, the Al Arabiya TV channel informed, citing Iraqi sources, adding that about 100 people have been injured.

The channel informed earlier that two blasts were heard at a central square in Baghdad where a market is located. According to an Iraqi army official, "the terrorist attack was committed by two suicide bombers who blew themselves up when they were chased by law enforcement officers."

It is reported that the terrorist attack was carried out by supporters of  ISIS (the terrorist group, outlawed in Russia). They may have had accomplices, TASS reported.

The Iraqi security forces have set up road blocks on all roads leading to the so-called Green Zone of Baghdad, where embassies of many foreign states and central offices of government buildings are located.

President of Iraq Barham Salih condemned the attack on Twitter, promising that the Iraqi government will not let terrorists destabilize the situation in the republic.