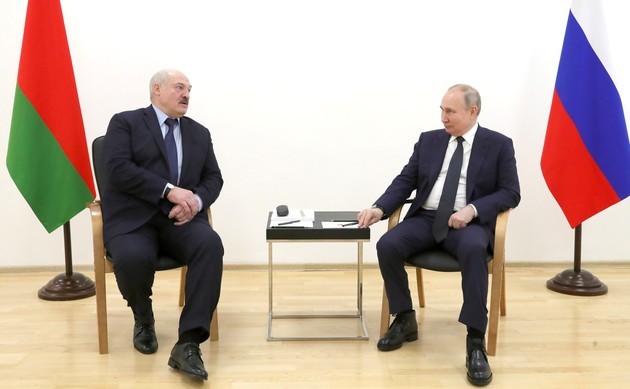 "The official part of the meeting between the Belarusian and Russian presidents lasted for four hours and 50 minutes. Now the leaders continue to speak unofficially," it said.

The talks are being held at the Russian president’s Bocharov Ruchei residence in Sochi. The two presidents agreed on this contact during the jubilee summit of the Collective Security Treaty Organization (CSTO), a post-Soviet Russia-led security bloc, in Moscow on May 16.