Organization of Turkic States holds meeting on situation in Kazakhstan 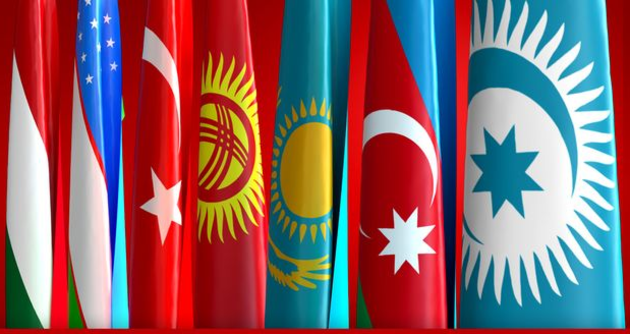 Turkish Foreign Minister Mevlut Cavusoglu told a meeting of Turkic states that Turkey welcomes the appointment of a new prime minister and the easing of tensions in Kazakhstan after countrywide violence last week.

Speaking at an extraordinary virtual meeting of Organisation of Turkic States (OTS), Cavusoglu said Turkic nations would stand by Kazakhstan with all their resources and provide full support.

“As a country enjoying deeply-rooted ethnic, religious and historic brotherhood with Kazakhstan, Azerbaijan reaffirms the crucial importance of respect for the sovereignty, territorial integrity of Kazakhstan,” Bayramov stressed.

He added that Azerbaijan is quite concerned about the events in Kazakhstan, which resulted in human deaths and injuries and expresses its profound sympathies to the whole Kazakh people, and wishes all those injured a swift recovery.

The minister emphasized that Azerbaijan supports the quickest possible normalization of the situation and the restoration of the rule of law in Kazakhstan. The use of illegitimate force and violence to destabilize public order and threaten citizens' fundamental human rights and freedoms can never be justified, and must be categorically opposed and rejected, he added.

“We believe in the wisdom and capacity of the people and the government of Kazakhstan. We trust that the situation will be overcome and common sense will prevail without risking remarkable achievements Kazakhstan has accomplished since regaining its independence,” Bayramov underlined.

Commenting on the role of the Organization of the Turkic States in the normalization of the situation in Kazakhstan, Bayramov said that the organization is based on member-state solidarity, and the member countries are obliged to stand with the Kazakh people during this difficult time.

“It is within this understanding that we welcome the statement of January 6, 2022, and the expressed readiness by the Organization to assist Kazakhstan as needed, in finding a way out of the current situation. We praise it a sign of strong determination and ability of the Organization to fulfill its responsibility with regard to member-states and observers,” Bayramov emphasized.

The minister noted that both bilaterally and under relevant multilateral forums, such as the Organization of Turkic States and its related entities, Azerbaijan and Kazakhstan have developed outstanding strategic cooperation relations. Because of the dedication and shared vision of both nations, numerous historic regional and trans-regional initiatives have been realized, he added.

Bayramov said that Azerbaijan remains dedicated to the objective of expanding ties with Kazakhstan, which benefit not only respective countries and peoples, but also contribute considerably to regional security, stability, and cooperation.

“Within the framework of the above-mentioned, we support the efforts for speedy normalization of the situation in Kazakhstan and the return to political, social and economic development in the country through the continuation of wide-range reforms for the benefit of the Kazakh people and entire region,” he concluded.

The Organization of Turkic States consists of Azerbaijan, Kazakhstan, Kyrgyzstan, Turkey and Uzbekistan as member countries, and Hungary and Turkmenistan as observer states.