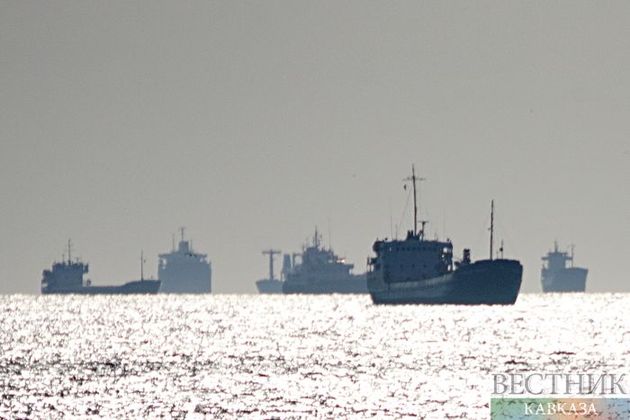 The crews of over 40 warships and vessels of the Black Sea Fleet took part in massive force-on-force maneuvers of Russia’s Southern Military District at the Opuk training ground in Crimea, the Fleet’s press office reported on Monday.

"During the drills, the Black Sea Fleet’s coastal defense troops practiced anti-subversive defense of the coastline and a fight against amphibious assault groups and warships," the press office said in a statement.

"Under the scenario of the drills, the fire support ships comprising the cruiser Moskva, the frigate Admiral Grigorovich, the missile corvette Ingushetia, the missile ships Naberezhniye Chelny and R-60 suppressed the coastal defense by rockets and shipborne artillery to seize and retain a bridgehead for an amphibious assault, following which they landed naval assault groups from fast-speed boats and craft," the statement reads.

The massive command and staff drills kicked off at practice ranges in the Southern Military District on October 13. Overall, the drills have brought together about 8,000 personnel and up to 350 items of armament and military hardware from the combined-arms, air force and air defense armies and other units and formations, as well as the forces of the Black Sea Fleet and the Caspian Flotilla, TASS reported.