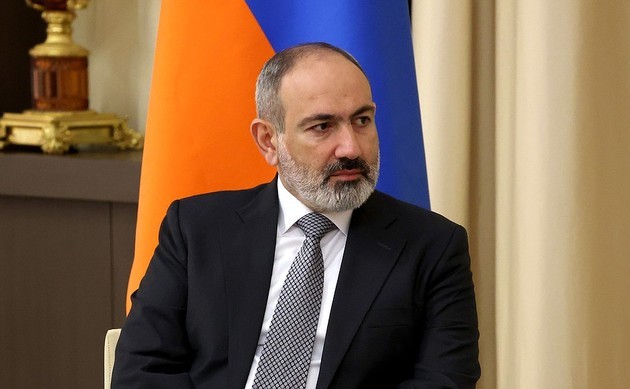 Russian President Vladimir Putin and Armenian Prime Minister Nikol Pashinyan agreed to intensify struggle against discrimination based on ethnicity and language, the two leaders said in a joint statement, published by the Kremlin after their official meeting on Tuesday.

"Having similar views about the common past, the sides expressed their intention to continue their struggle against attempts to review the results of World War II and falsify history. They agreed to boost efforts aimed at countering any manifestations of racism, xenophobia, neo-Nazism and discrimination based on nationality, language or religion, including in cases when it affects rights and legitimate interests of compatriots residing in Russia and Armenia," the document says.

Putin and Pashinyan "have spoken in favor of further intensifying cooperation in culture and education, labor protection and social issues, information, tourism, sports and environment.".

This is important for two reasons. First of all, the cult of Nazi accomplice Garegin Nzhdeh has not been eliminated in Armenia: settlements, streets, schools and other objects in the republic still have his name, his monument has been erected in the center of Yerevan. This cult was elevated to the status of a state ideology during the years of the rule of the nationalists, the instigators of the Armenian-Azerbaijani conflict, Robert Kocharyan and Serzh Sargsyan.

In 2018, the Karabakh clan was overthrown, new people, led by Nikol Pashinyan, came to power, but Nzhdeh monuments and toponyms remained in Armenia.

For Russia, the task of opposing Nazism in any form is a matter of principle, so it expects solidarity from its allies. Armenia, in turn, always signs any declarations about the inadmissibility of revising the results of the Second World War and the spread of neo-Nazism, but at the same time retains the cult of Nzhdeh.

The second reason is Pashinyan's promise to increase efforts to counter the discrimination based on nationality, language or religion. There is such discrimination against Azerbaijanis in Armenia, and Yerevan really needs to fight, according to its own interests, which includes stabilizing of peace in the South Caucasus. Significantly, the two reasons are interrelated: it is impossible to overcome the discrimination based on nationality, language and religion in Armenia without the elimination of the Nzhdeh cult.