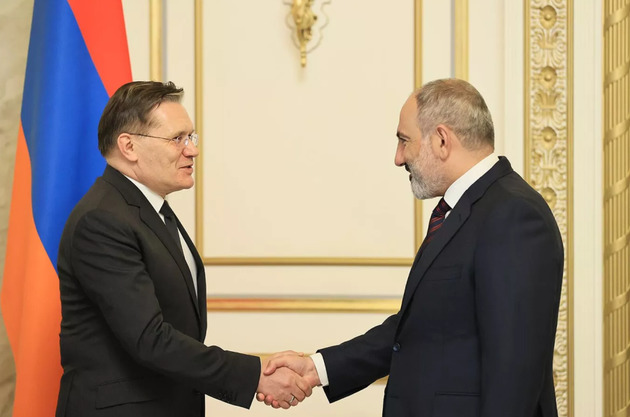 Prime Minister Pashinyan was quoted as saying by the government that the Armenian-Russian cooperation in the energy area has a rich agenda and that Rosatom is the main partner of the Armenian government in the area of nuclear energy.

The Prime Minister highly appreciated the corporation's role in extending the service life of the second power unit of the Armenian Nuclear Power Plant.

Likhachev thanked for the close cooperation and said that Rosatom is interested in further fruitful cooperation with the Armenian government.