Pashinyan proposes Armenian opposition to withdraw from CSTO and EAEU 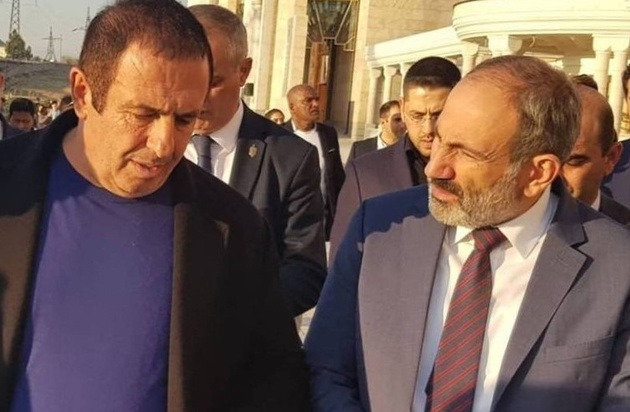 The Armenian newspaper Past, with a reference to its sources, reported that today, the Prime Minister of Armenia, Nikol Pashinyan, is holding behind closed doors meeting with the extra-parliamentary opposition

The opposition in parliament is currently represented by two nationalist blocs of the leaders of the Karabakh clan - Robert Kocharian’s Armenia Alliance and Serzh Sargsyan’s I Have Honor Alliance. Both are Nikol Pashinyan’s political opponents. In this regard, the Prime Minister has to seek support among the political forces that did not pass to the National Assembly this year.

The agenda of the meeting includes the delimitation of the border between Armenia and Azerbaijan and the restoration of diplomatic relations between Yerevan and Ankara. However, there is also a less constructive issue - a possible break with Russia.

According to Past, the question in the program of Pashinyan's meeting with the opposition is formulated as "Foreign policy prospects: discussion of Armenia's withdrawal from the CSTO and the EAEU and alternative ways." In addition, the Armenian prime minister wants to discuss the acceleration of Armenia's European integration with extra-parliamentary politicians.

Thus, fears that Yerevan seeks to break with Russia, including through the termination of participation in Russian integration projects, are confirmed.

Pashinyan: CSTO Secretary General candidacy not to be discussed on December 6

Armenia in CSTO to be represented by Victor Biyagov

President: Armenia is likely to recall Khachaturov from CSTO