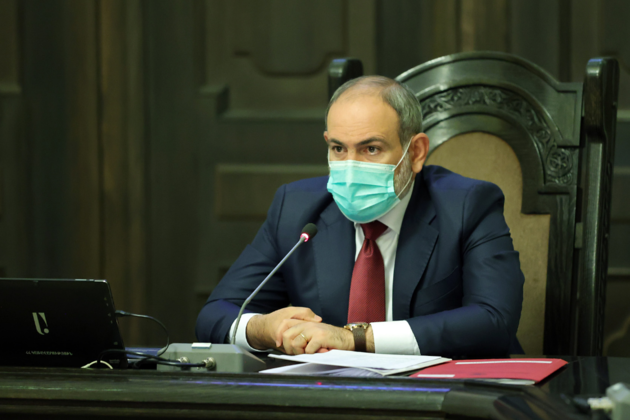 Yerevan has no intention to sign a peace agreement with Baku, a representative of the ruling My Step faction of the Armenian National Assembly said.

In an interview with Sputnik Armenia,Chairman of the Standing Committee on Foreign Relations of the National Assembly Ruben Rubinyan indicated that Armenia will not sign a comprehensive peace agreement with Azerbaijan until, in his words, the "Nagorno-Karabakh conflict" is "settled".

The "My Step" bloc in the recent parliamentary elections was led by acting Prime Minister Nikol Pashinyan.

Last week, President of Azerbaijan Ilham Aliyev, receiving the EU delegation and the foreign ministers of Romania, Austria, Lithuania, recalled that the Nagorno-Karabakh conflict has already been resolved, now it is necessary to elaborate "the basic fundamental approaches of the post-conflict situation" in order to move from a post-conflict state to peacekeeping development and cooperation.

"Unfortunately, so far we have not heard anything similar from Armenian government. All our statements with respect to beginning negotiations on peace agreement with Armenia are ignored by Armenian government," the head of state said then, not excluding that the situation may change after elections are over in Armenia.