People who contacted Russian PM to be isolated, tested for coronavirus 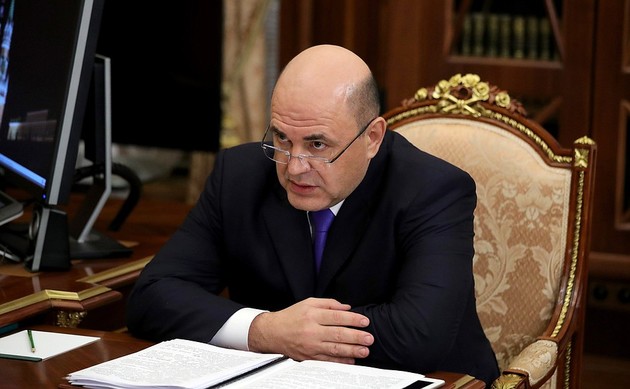 Russian Prime Minister Mikhail Mishustin limited his personal contacts as much as possible already a few weeks ago, however, those who recently came in close contact with him will be isolated and tested for coronavirus, spokesperson for the Russian government Boris Belyakov said.

"Personal conversations with the prime minister was already restricted as much as possible a few weeks ago," he noted. "All meetings were held via video conferences or phone calls."

"Those who personally contacted the head of government will also be isolated and additionally tested," TASS cited Belyakov added.

The spokesperson assured that informed President Vladimir Putin that he tested positive for coronavirus as soon as he received his test results. "As soon as the results came back, the head of government notified the president," he said.

According to Belyakov, the cabinet will continue working as usual while Mishustin recovers. "The government meeting on May 7 will take place as planned," he added.

Mishustin earlier told Putin that he had tested positive for coronavirus. The prime minister underlined that in accordance with the medical advice he should self-isolate and follow doctors’ orders. Putin appointed First Deputy Prime Minister Andrei Belousov as acting prime minister while Mishustin is receiving treatment.

Over $1.6 bln to be allocated to support Russia’s priority sectors

Shift to payments in national currencies in EAEU reaches 75%