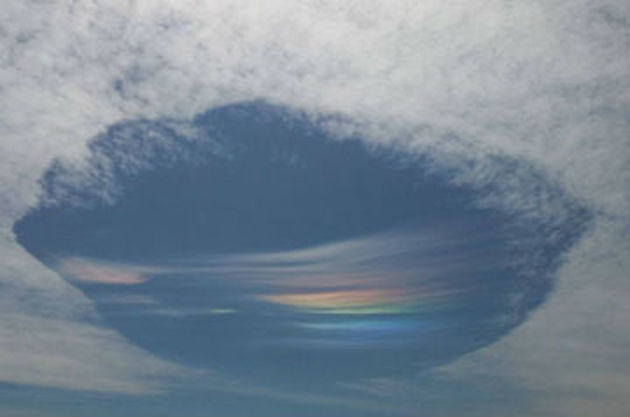 The gigantic hole in the ozone layer that formed above the Arctic due to extremely low temperatures in the stratosphere will repair by mid-April, the European Space Agency stated, Sputnik reports.

“Since 14 March, the ozone column above the Arctic has decreased to the size that is considered to be a normal ozone hole - of less than 220 Dobson units [a 2.2 mm ozone layer in standard pressure and temperature conditions]. We expect the hole to close again in mid-April”, the ESA website cites Diego Loyola from the German Aerospace Centre DLR as saying.

The ozone hole, which is being monitored by the European satellite Dentinel-5P, launched into orbit by the Russian rocket carrier “Rokot” from the cosmodrome Plesetsk in 2017, is now about one million square kilometres in size.

DLR researchers attribute its emergence to the unusually cold atmospheric conditions observed in the area over the past year, including sub-zero temperatures in the stratosphere, which led the ozone levels to plummet.

“The Tropomi total ozone measurements are extending Europe’s capability of the continuous global ozone monitoring from space since 1995. In this time, we have not witnessed an ozone hole formation of this size over the Arctic”, the ESA cited Claus Zehner, the agency’s Copernicus Sentinel-5P mission manager, as commenting.

Holes in the ozone layer - the Earth’s unique gas shield from ultraviolet radiation - are more characteristic of the atmosphere above Antarctica, which is typically much colder than the Arctic, as the latter is surrounded by mountainous continents rather than oceans, like the South Pole.

By the peak of the winter season, the annually occurring hole, which is also to a great extent affected by human activity, sprawls a staggering 20-25 million square kilometres and stays in place for three to four months.