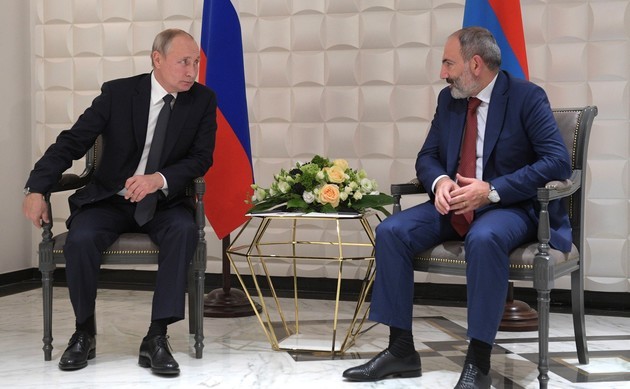 Russian President Vladimir Putin and Prime Minister Nikol Pashinyan discussed by phone the prospects for further cooperation within the CSTO, RIA Novosti reports with a reference to the Kremlin press service.

The conversation between the leaders of the Russian Federation and Armenia took place at the initiative of the Armenian side.

"Taking into account the current chairmanship of Armenia in the Collective Security Treaty Organization, the prospects for further cooperation within it were discussed," the press service reports.

The Russian President also informed the Armenian Prime Minister about the course of negotiations with the US and its allies on the Russian security guarantees.