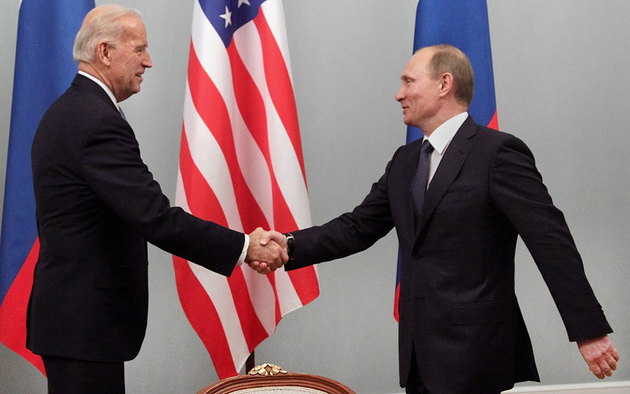 As the Elysee Palace reported on Sunday, Macron "proposed holding a summit between President Biden and President Putin, and then with relevant interested parties, to discuss issues of security and strategic stability in Europe."

The heads of the United States and the Russian Federation "agreed to the provisions of such a summit meeting." Questions for the summit will be prepared by Russian Foreign Minister Sergey Lavrov and US Secretary of State Anthony Blinken during their February 24 meeting.

White House Press Secretary Jen Psaki said that Biden is ready to meet with Putin if an invasion of Ukraine hasn’t happened.

"As the President has repeatedly made clear, we are committed to pursuing diplomacy until the moment an invasion begins. Secretary Blinken and Foreign Minister Lavrov are scheduled to meet later this week in Europe, provided Russia does not proceed with military action. President Biden accepted in principle a meeting with President Putin following that engagement, again, if an invasion hasn’t happened. We are always ready for diplomacy," she said.

"We are also ready to impose swift and severe consequences should Russia instead choose war. And currently, Russia appears to be continuing preparations for a full-scale assault on Ukraine very soon," she added.