Putin and Macron discuss the settlement of the situation in Karabakh 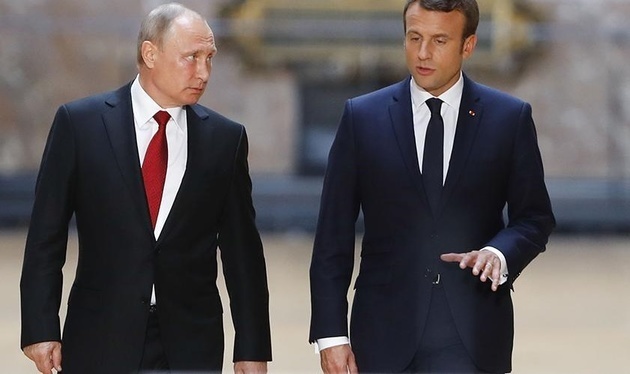 Russian President Vladimir Putin held a telephone conversation with his French counterpart Emmanuel Macron, during which they discussed the situation in Karabakh, the Kremlin press service reports.

"During the exchange of views on the situation in Karabakh, satisfaction was expressed with the stabilization of the situation and the efforts being made to establish a peaceful life, restore economic and transport links in the region. It was noted that Russia and France are acting in these matters and intend to act synchronously in the future", the statement said.

In addition, the leaders of the two countries touched upon the topic of Ukraine. During a telephone conversation, Putin noted that the possibility of holding a new summit in the "Normandy format" depends on Kiev's steps to implement Minsk-2.

"The problematic situation in the settlement of the intra-Ukrainian conflict caused by Kiev's unwillingness to fulfill the Minsk agreements was also discussed. The President of the Russian Federation stressed that the possibility of holding a new summit in the "Normandy" format depended on the concrete steps taken by the Kiev authorities to implement the Minsk package of measures", the press service stated.

Putin speaks about peace in Nagorno-Karabakh