Putin and Vucic to discuss bilateral cooperation in Sochi 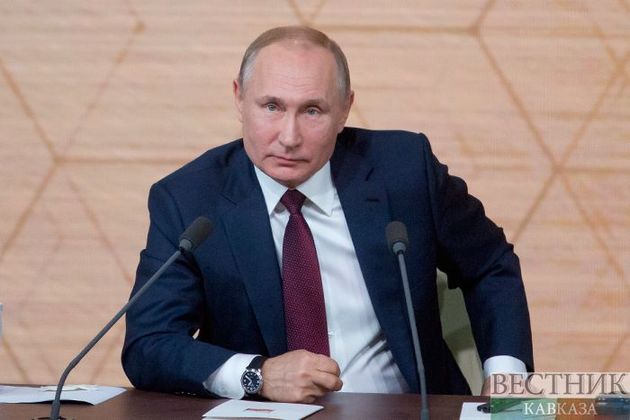 Negotiations between Russian President Vladimir Putin and his Serbian counterpart Aleksandar Vucic will take place in Sochi on November 25, where issues of mutually beneficial cooperation between both countries will be discussed, Kremlin Spokesman Dmitry Peskov reported on Wednesday.

"Indeed, the president will meet [the Serbian president] Vucic in Sochi," he confirmed focusing on Putin’s plans on Thursday.

The Kremlin spokesman pointed out that these would be very important talks with Russia’s "ally and friend". "Our bilateral relations are of a special nature. They are very comprehensive in terms of mutually beneficial cooperation and interaction, [concerning] both trade and economics as well as investment, and others. Surely, all these will be on the agenda," Peskov stated.

He confirmed that one of the questions was the gas price for Belgrade. "In terms of the gas, we repeatedly heard of all Vucic’s statements that this issue would be raised, and it can be assumed that it would be also discussed, be on the agenda," the Kremlin spokesman said.

The leaders may also discuss the fight against COVID-19, the situation in the Balkans, which is "not the easiest one," Peskov said. "In general [there will be] an exchange of opinions on the international situation, which is no less alarming," he concluded.