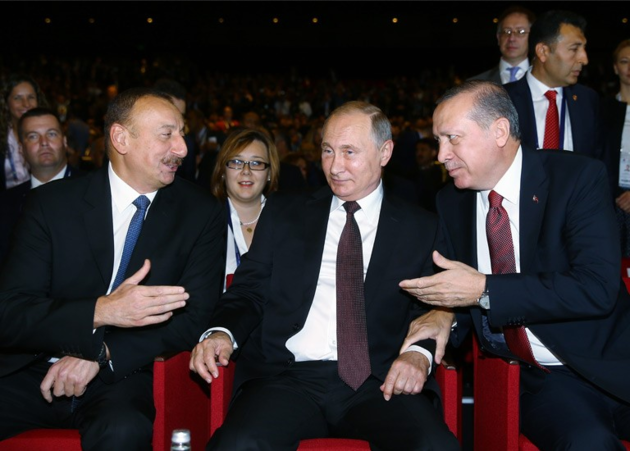 Russian President Vladimir Putin has sent Christmas and New Year wishes to President of Azerbaijan Ilham Aliyev and President of Turkey Recep Tayyip Erdogan, according to the Kremlin press service.

In his message to Ilham Aliyev, Vladimir Putin noted that their meetings in Moscow and Sochi in 2021 had confirmed the solid strategic partnership between Russia and Azerbaijan. The Russian President expressed hope for a continued constructive dialogue and close joint work to develop the entire range of Russia-Azerbaijan ties, which, as has been emphasised, meets the fundamental interests of both nations.

In a message of greetings on the New Year of 2022 to Erdogan, the Russian head of state noted with satisfaction that despite the difficulties related to the coronavirus pandemic, the two countries had done much in recent times to develop bilateral ties, primarily in the trade, economic, energy and military-technical areas.

The Russian President emphasised that there are good prospects in peaceful space exploration and production of anti-virus vaccines. Vladimir Putin expressed confidence that through joint efforts the two countries would manage to further develop their productive cooperation and close partnership in international affairs for the benefit of the friendly peoples of Russia and Turkey and in the interests of strengthening regional stability and security.