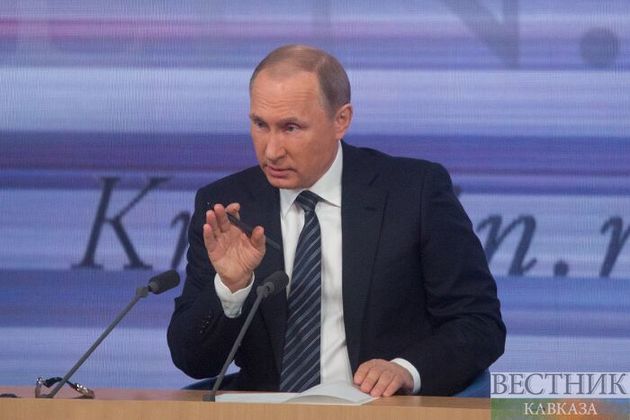 Russian President Vladimir Putin congratulated Austrian President Alexander Van der Bellen and Chancellor Alexander Schallenberg on the occasion of the country’s National Day, expressing confidence that constructive dialogue between the two countries would meet the interests of Europe, according to the Russian embassy in Vienna.

"Please, accept my heartfelt congratulations on the Austrian National Day, which marked the adoption of the constitutional law on permanent neutrality. The Russian-Austrian relations are based on good traditions of friendship and mutual respect. I am convinced that further development of constructive bilateral cooperation in various fields will meet the interests of the peoples of our countries and the entire European continent. I sincerely wish you good health and success, and all your fellow citizens - well-being and prosperity," the Russian leader stated.

Austria celebrates a National Day on October 26 in connection with the adoption of the constitutional law on permanent neutrality. It was passed by the Austrian parliament in 1955 in order to establish independence and ensure the inviolability of the country's territory after World War II, during which Austria was a part of Nazi Germany.

The declaration of neutrality became possible after the withdrawal of the troops of the countries winning the Second World War from Austria in 1955. From that moment, the republic began to celebrate the Day of the Austrian Flag. In 1965, the day of the adoption of the law on permanent neutrality was declared a national holiday, since that time it has become a day off.