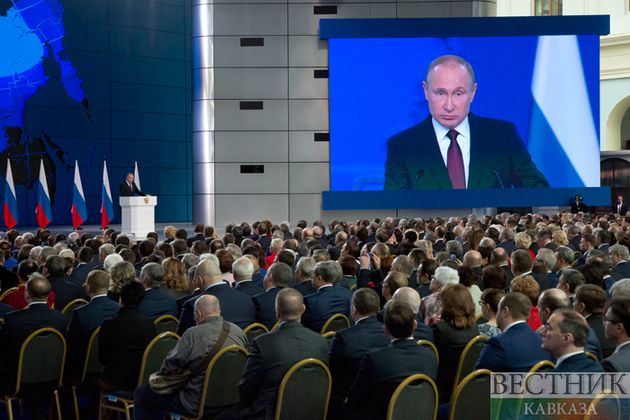 Russian President Vladimir Putin supported the proposal of the Ministry of Defense and the General Staff of the RF Armed Forces to conduct partial mobilization in the country. In this regard, he signed a corresponding decree.

"I consider it necessary to support the proposal of the Ministry of Defense and the General Staff to conduct partial mobilization in the Russian Federation", the Russian leader said.

Putin noted that mobilization activities will begin today. Only citizens from the reserve will be subject to enlistment within the framework of partial mobilization in the Russian Federation.

"Only citizens who are currently in military reserve and, above all, those who served in the armed forces and have certain military specialties, will be subject to enlistment for military service", the head of state said in a televised address on Wednesday. Further, Putin said that those called up for military service before being sent to units would undergo mandatory military training, taking into account the experience of a special military operation.

Following the Russian leader, the head of the Russian Defense Ministry, Sergey Shoigu, addressed the Russians. Speaking about the introduction of partial mobilization in Russia, he, first of all, emphasized that reserve servicemen who have combat experience and who have the necessary military specialty for the army will be called up.

Further, Shoigu emphasized that there was no question of any mobilization and enlistment of students and would not be. Also, conscripts are not subject to military enlistment. "300,000 reservists will be called up", he specified.

Putin: "we bow our heads before blessed memory of all whose lives taken by Great Patriotic War"