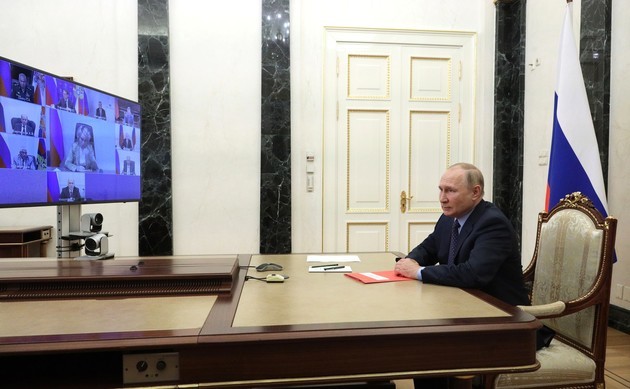 Russian President Vladimir Putin discussed his upcoming talks with Turkish President Recep Tayyip Erdogan, an escalation in Karabakh and issues of the country's socio-economic development at a meeting with permanent members of the Russian Security Council on Thursday, Presidential Spokesman Dmitry Peskov said.

"The participants in the meeting exchanged views in the context of the upcoming Russian-Turkish summit talks," Peskov said. The talks will be held in the Black Sea resort city of Sochi on Friday.

According to the spokesman, the meeting also addressed issues of the country's socio-economic development.

"The situation related to an escalation of the Armenian-Azerbaijani conflict was also discussed. The urgent need of compliance with all provisions of the trilateral treaty was stressed," the Kremlin spokesman stressed.