Putin speaks about peace in Nagorno-Karabakh 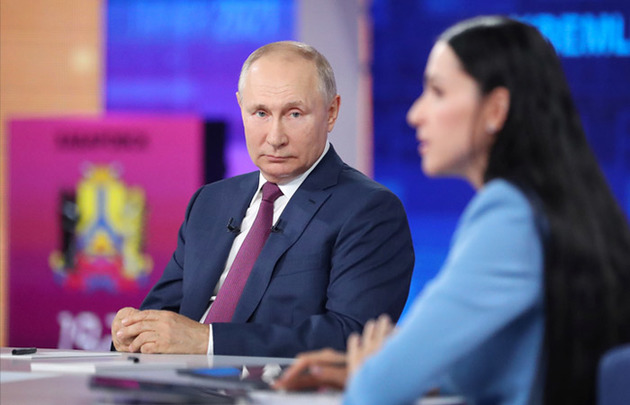 Russia is doing its best to restore normal relations in the South Caucasus, the country’s president Vladimir Putin said on Wednesday during his annual question-and-answer session.

"Russia played a certain role in the settlement of the conflict [Nagorno-Karabakh conflict between Armenia and Azerbaijan]. If we all live peacefully and amicably, then we’ll create conditions for improving people's lives not only in the field of security but also in the current conditions, bearing in mind the normal existence of families, economic and social development," Putin noted.

"True, there are really a lot of problems. There are issues related to the restoration of normal infrastructure, demarcation of the border in order to carry out appropriate work on the state border between Armenia and Azerbaijan, especially where the state border has essentially never existed," he further said.

"This was only the administrative border between the Soviet republics. We are now in the process of this work. We have created a special trilateral group and are doing everything to restore normal relations in the region," the Russian leader added.