Putin spokes about his doubles 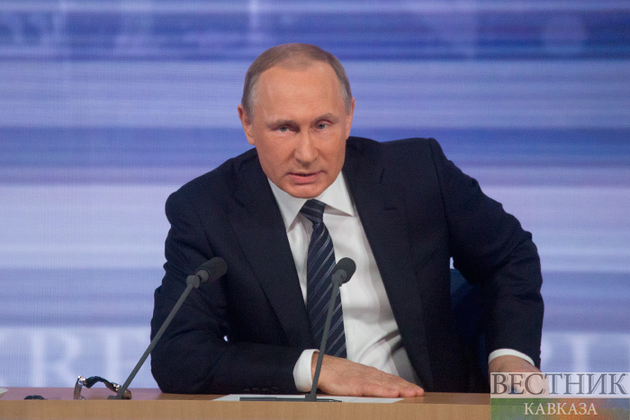 Russian President Vladimir Putin has confessed that the idea of having a body double was floated for the sake of ensuring the safety of the head of state in the early 2000s, but he rejected it.

"I discarded the idea of any doubles. This was during the toughest time of our war against terrorism," Putin told TASS in an interview for the project entitled "20 Questions with Vladimir Putin."

Putin recalled that in the early 2000s, he had been advised that a body double should substitute for him at events where the head of state might be at risk. The idea was rejected once and for all.

An Internet search for "Putin’s double" was among the most popular on the world wide web. The public at large often expressed similar assumptions as far back as 20 years ago.

On December 24, 2001, a woman from the Kostroma Region asked this question during a live broadcast. She speculated that a double might be helpful when holding very important meetings, even top-level ones. Putin then replied that he had no political decoy.

Another incident occurred in Sochi in August 2009, when Putin and then Prime Minister Dmitry Medvedev decided to take a stroll along the waterfront among locals and visiting holiday-goers. A woman then remarked that the two were really doubles of the president and prime minister. "We are not doubles, we are real," Medvedev replied, smiling back.

Russian gasification program to be expanded

Putin approves set of measures to support citizens and businesses

Putin ordered to increase the cost of living and minimum wages