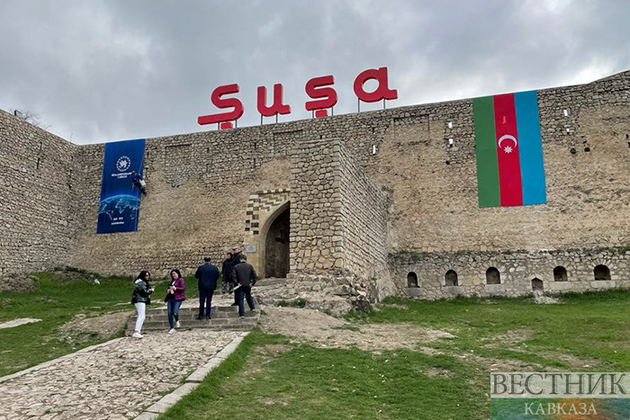 On Sunday, July 3, representatives of the think tanks of member countries and observers of the Organization of Turkic States (OTS) arrived in Shusha.

As part of the visit, delegations from Turkey, Kazakhstan, Uzbekistan and Kyrgyzstan will participate in a conference organized by the Center for International Relations Analysis. In addition to this, the event will be attended by the entity's officials, as well as representatives of Azerbaijan and a delegation from Hungary, which is an observer of the OTS.

The main topic of the conference will be the participation of the Organization of Turkic States in the work on the liberated territories of Azerbaijan restoration, as well as the future of the Interregional Platform of Central Asia and the South Caucasus, proposed by Kyrgyzstan. The participants of the event will also discuss the new geopolitical realities in the region and its impact on the organization, the possibilities of increasing the role of the common corridor that unites the countries included in the OTS and increasing trade turnover.

In addition to this, a walk around Shusha is organized for guests.

Islam Kuraev: "Everyone will benefit from the development of Kazakhstan's relations with Turkey and Azerbaijan"

Organization of Turkic States to hold informal summit in Azerbaijan