Resident of Yalta apprehended for spying for Ukrainian intelligence 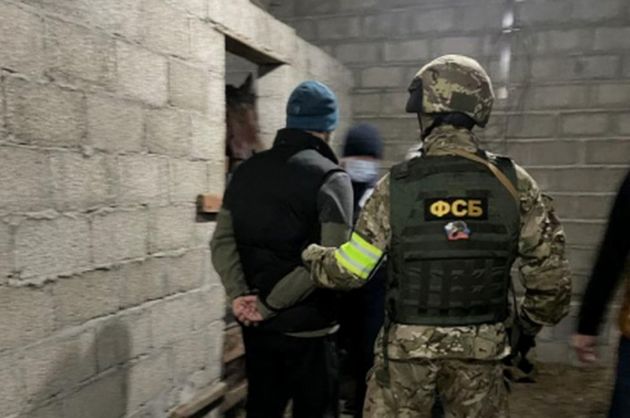 Russia’s Federal Security Service (FSB) apprehended a resident of Yalta in Crimea for spying for the Ukrainian intelligence, the FSB press office said on Wednesday.

"The Federal Security Service has foiled the activity of a Russian citizen who was spying for the Ukrainian Security Service. The Yalta City Court ruled to remand him in custody as a measure of restraint," the press office said.

As the FSB said, "it was found that in 2017-2018 the Yalta resident gathered and transferred data constituting state secrets, including the data on the Federal Security Service personnel, on an assignment from the Ukrainian intelligence," TASS reported.

Investigators have opened a criminal case on counts of the crime stipulated by article 275 of Russia’s Criminal Code (‘High Treason by Espionage’). This crime is punishable with a prison term of 12 to 20 years.

The video footage uploaded by the FSB shows the individual suspected of high treason apprehended in an apartment of a residential building. He did not put up any resistance.