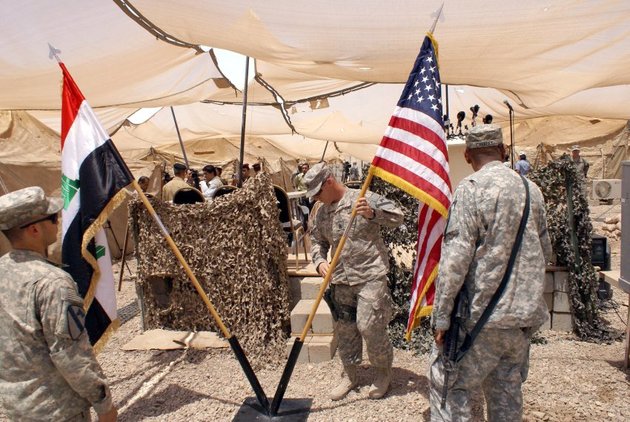 Two rockets landed Sunday near an Iraqi air base just north of Baghdad where American trainers are present, causing no casualties or damage, an Iraqi official said.

The attack was the first on an Iraqi base housing U.S. troops since an assault last month on a base in western Iraq that houses U.S. contractors and coalition troops. One contractor died after at least 10 rockets slammed into the base, raising concerns over a new round of escalating violence.

It followed U.S. strikes on Iran-aligned militia targets along the Iraq-Syria border in late February in retaliation for another deadly attack on a base in Iraq, The AP reported.