Russia and Iran interested in deepening dialogue on Karabakh (VIDEO) 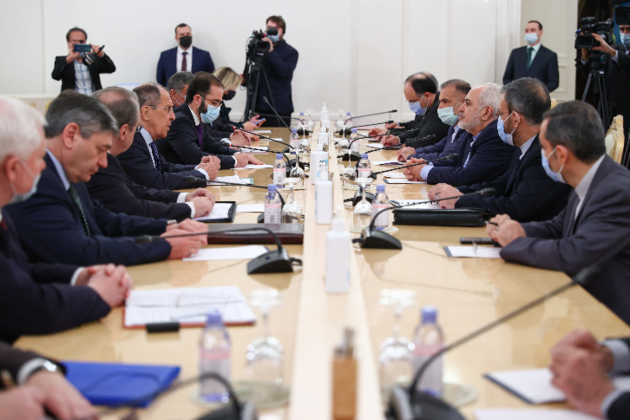 Russia is interested in deepening the dialogue with Iran on the situation in Nagorno-Karabakh, Russian Foreign Minister Sergei Lavrov said in his opening remarks before the talks with his Iranian counterpart Mohammad Javad Zarif.

"Taking into account the role of our countries in the region, we are interested in deepening the dialogue on such issues as security in the Persian Gulf, the Afghan settlement, and, of course, we can discuss the situation in Nagorno-Karabakh after the leaders of Russia, Azerbaijan and Armenia reached agreements," the Russian minister said.

"I am convinced that today's negotiations will be useful and result-oriented as always," he said.

The Iranian Foreign Minister congratulated Lavrov and Russian President Vladimir Putin on the fact that they managed to end the conflict. "In any case, our common concern was that the conflict took place in our common neighborhood, escalated the situation, people were dying there. There is an opportunity to turn this conflict into some kind of common opportunity for us," he explained.

"Therefore, one of the goals of my regional tour is to work out the possibilities that arise from the agreement reached between the President of Azerbaijan and the Prime Minister of Armenia under the leadership of the Russian President," Zarif said.