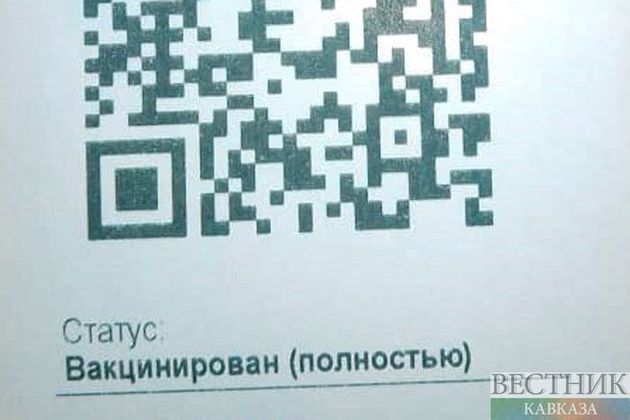 Russia will delay controversial legislation over the use of coronavirus health passes for access to public spaces, officials said Friday, citing “new challenges” presented by the Omicron variant.

Russian Deputy Prime Minister Tatiana Golikova said the government will hold off passing the draft bill due to the “high uncertainty” of the current pandemic situation in Russia, and would seek to add new amendments to the legislation.

The legislation is designed to set nationwide standards for the health passes - QR codes - that are already required to access many public spaces across Russia. It was scheduled to be passed before the end of January and would have stopped authorities from issuing temporary QR codes for negative PCR test results, instead requiring citizens to be vaccinated, have proof of a recent coronavirus infection or a medical exemption against vaccination.

Golikova said the government’s proposed amendments would continue to allow citizens who test negative to receive short-term QR codes. It would also give the Health Ministry powers to decide how long different medical exemptions are valid and ensure military personnel and those working in Russia’s security agencies can obtain QR codes without making their personal data more widely available, following a scandal in 2021.

QR codes are already required for access to shopping centers, cultural venues and restaurants in most of Russia’s regions. The legislation would not have mandated which places require access by QR code, with those decisions taken by local authorities and varying from region-to-region.

The decision means unvaccinated citizens can effectively continue to obtain QR codes with a negative PCR test until the legislation is passed. The bill had already passed its first reading through Russia’s parliament.

“The bill that we adopted in the first reading was prepared as a response to the spread of the Delta strain,” Golikova said in a televised statement Friday morning. “But now with the spread of the Omicron variant, there are new challenges. Therefore, the government and the United Russia party, in the conditions of high uncertainty over the development of the epidemiological situation, have decided to postpone the bill’s second reading.”