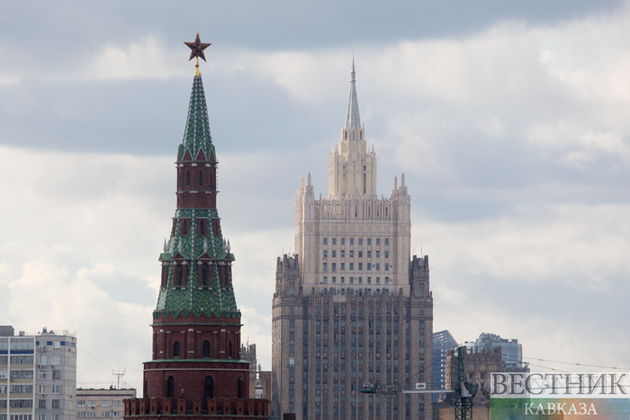 Russia has established diplomatic relations with the Donetsk and Lugansk People’s Republics (DPR and LPR) from February 22, the Russian foreign ministry said on Tuesday.

"In compliance with Russian President Vladimir Putin’s decree, <…> on February 22, 2022, an agreement on the establishment of diplomatic relations at the level of embassies between Russia and the Donetsk and Lugansk People’s Republics was formalized from this date by means of exchanging notes between the Russian foreign ministry and the foreign ministries of the Donetsk and Lugansk People’s Republics," it said.

Russian Foreign Minister Sergey Lavrov issued congratulatory messages to his DPR and LPR counterparts, Natalia Nikonorova and Vladislav Deinego, on this occasion. "The Russian side is set for all-round development of cooperation with the DPR and LPR, including between the foreign ministries in the interests of citizens of our countries, strengthening peace, regional stability and security," the ministry said.

On February 21, Russian President Vladimir Putin signed a decree recognizing the sovereignty of the Donetsk and Lugansk People’s Republics (DPR and LPR). Treaties of friendship, cooperation and mutual assistance were signed with their leaders. Putin instructed the foreign ministry to establish diplomatic relations with the Donbass republics and the Russian Defense Ministry to ensure peace on their territories.