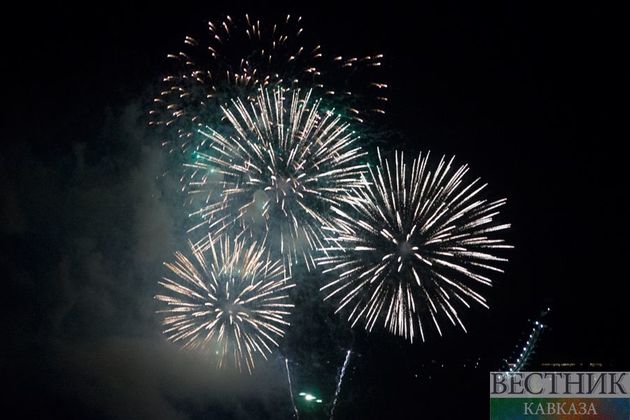 The rehearsal of the airborne part of the Victory Day Parade involved 76 aircraft: 23 helicopters and 53 planes, it said.

This year, three heavy Mi-26 transport helicopters will open the airborne parade for the first time and will be followed by the crews of Mi-8 transport and attack choppers, Mi-35 and Ka-52 strike helicopters and the Berkuts (Golden Eagles) aerobatic group flying Mi-28N gunships.

As a specific feature of the airborne part of the Victory Day Parade on Moscow’s Red Square this year, a Tu-160 Blackjack strategic missile-carrying bomber of Russia’s long-range aviation will fly over Red Square escorted by a wing of Su-35S multirole fighters of the Aircraft Demonstration Center.

The rehearsal ended with a flyover by the crews of MiG-31K and Su-57 fighter jets and also by three groups of aircraft: the tactical wing of the Lipetsk aviation center, the ‘Kubinka Diamond’ stunt involving the Russkiye Vityazi (Russian Knights) aerobatic groups flying Su-30SM fighters and Strizhi (Swifts) aboard Mig-29 planes, and also six Su-25 attack aircraft that will release smoke in the colors of the Russian national flag at the upcoming Victory Day Parade.

"The aircraft perform all their flights at altitudes of 180 to 550 meters and at speeds of 200 to 500 km/h," TASS cited Russia’s Defense Ministry as saying.

This year, Russia’s Victory Parade on Moscow’s Red Square to commemorate the 76th anniversary of the Soviet Union’s victory over Nazi Germany in the 1941-1945 Great Patriotic War will involve over 12,000 troops, about 190 combat vehicles and 76 aircraft.