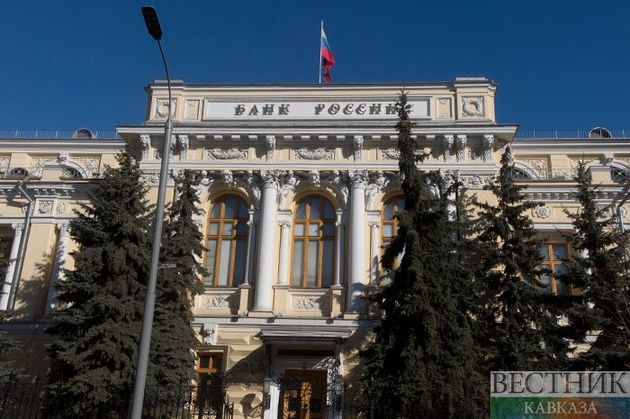 Russia's central bank raised its key interest rate sharply to 9.5% on Friday, increasing the cost of borrowing by 100 basis points for the second time in a row, and said a further rate increase was possible.

"If the situation develops in line with the baseline forecast, the Bank of Russia holds open the prospect of (a)further key rate increase at its upcoming meetings," the central bank said in a statement.

The rouble eased slightly to 75.05 versus the dollar, moving away from around 75 seen shortly before the increase that took the rate to its highest since March 2017.

The central bank raised the key interest rate seven times in 2021 from a record low of 4.25% but the monetary tightening failed to rein in inflation, which the bank targets at 4%.

Short-term risks of higher inflation have intensified due to global market volatility that is caused by "various geopolitical events", which may affect the rouble and inflation expectations, the bank said.

High inflation dents living standards https://www.reuters.com/markets/asia/rising-prices-threaten-cheerless-new-year-russian-families-2021-12-16 and has been one of the key concerns among households, prompting President Vladimir Putin to call for pre-emptive measures to put the brakes on growing prices.

Higher rates are supportive of the rouble and can help tame inflation by pushing up lending costs and increasing the appeal of bank deposits.

Elvira Nabiullina, governor of the central bank, will shed more light on the central bank's forecasts and monetary policy plans at an online news conference at 12:00 GMT.

The next rate-setting meeting is scheduled for March 18.