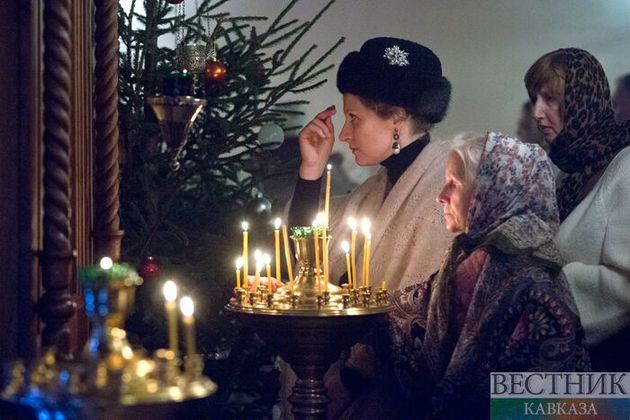 Today Orthodox Christians are celebrating Christmas, one of the biggest and most ancient Christian holidays.

Putin on Wednesday went to the Saint Nikolai on Lipno Church, on an island in the river delta near Veliky Novgorod, about 500 km northwest of Moscow. The small stone church is a UNESCO-listed heritage site.

The Russian Orthodox Church, like many other Orthodox churches, observes Christmas on January 7, with main services starting late on Christmas Eve. January 7 is a Christmas day for Orthodox Christians in Serbia, Jerusalem, Georgia, Ukraine, Poland and the monastic community of Mount Athos in Greece. January 7 is a national holiday in Russia along with Belarus, Egypt, Ethiopia, Georgia, Kazakhstan, Macedonia, Moldova, Montenegro and Serbia.

The holiday was banned in Russia after the revolution of 1917. Christmas became an official holiday in 1991: on December 27, 1990, in response to an appeal by Patriarch Alexy II, the Supreme Soviet of the RSFSR declared Christmas a holiday. The resolution came into effect on January 14, 1991.