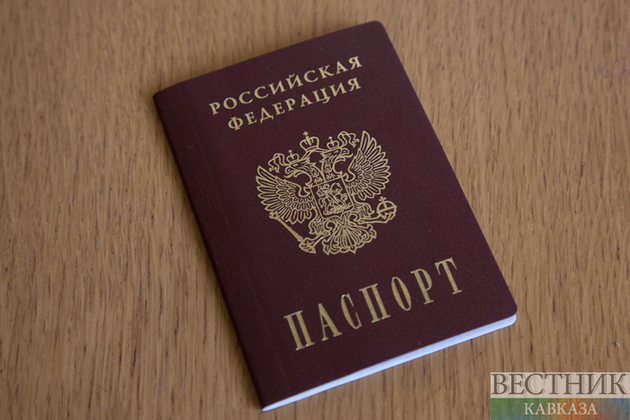 Russian President Vladimir Putin on Wednesday submitted a bill on Russian citizenship to the State Duma, according to the legislature’s database.

The bill states a citizen can’t be stripped of Russian citizenship and has the right to change citizenship. It also says Russia won’t expel or extradite its citizens.

Under the legislation, no person would have their rights restricted because of social status, race, ethnicity, language or religious affiliation.

A Russian passport would be issued as a paper document or as a document with an electronic chip, starting from the age of 14 years. The cabinet would later specify which biometric data the electronic chip should hold.

Russia would simplify the procedure for granting its citizenship to people that have a child with a Russian citizen, including through adoption. Marriage wouldn’t qualify as a reason for a simplified procedure, which sets the bill apart from the current legislation.

Simplified naturalization would be an option for several other groups of people, such as children or Great Patriotic War veterans, former USSR citizens and people whose close relatives are Russian citizens. Eligible candidates would also include military service members that served in Russian units stationed outside of Russia as of February 6, 1992.

Investors or highly-skilled professionals wouldn’t be entitled for a simplified procedure. The current legislation has these provisions but they haven’t been applied, a memo for the bill said.

There would be an option for special-circumstances naturalizations, which could be initiated by a federal government agency, a regional head and the nonprofit group Russia: A Country of Opportunities. They would be able to appeal to the President of Russia and state the merits that would justify a person’s naturalization, such as the person’s accomplishments in culture, science, engineering, manufacturing, sports, civil activity, economy and contribution to Russia’s defense and security.

The bill would broaden the reasons for citizenship revocation for people that had been naturalized to include, in addition to terrorism-related felonies, such crimes as drug trafficking and crimes against the state.

Voluntary renunciations of citizenship would be handled by the Interior Ministry, as opposed by the president currently.

The proposed legislation empowers the president to grant Russian passports in special circumstances, including to Great Patriotic War veterans and some professionals. The president would also be able to define, for humanitarian or other purposes, what foreign nationals or persons without citizenship could be naturalized even if they don’t comply with some or all the requirements of the bill.